Given our fair city's reputation for housing vehement protests and the like, it seems only natural that we should track the constant battle between big business and their benevolent, soul-filled counterparts. 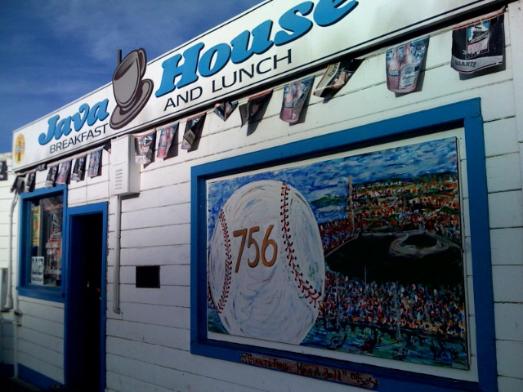 About a month ago, the Chronicle's Matier & Ross broke the story that the Port of San Francisco decided to hit Pier 40's Java House—one of the most beloved mom-and-pop joints in town—with a staggering (indeed, almost comical rent) hike. Less than a week before rent was due, owner Phil Papadopoulos, who has worked the counter with his family for over two decades, instantly had his rent jump from $800 to $4,429 a month, plus an $8,800 security deposit.

A looming rent hike was no surprise to Papadopoulus (who acknowledges the existing cheap rent) but the fivefold increase came as a shock. The reason: months earlier, the port and Java House had negotiated a new, 15-year lease that saw the waterfront institution agreeing to pay $2,045 a month, plus 7.5 percent of its earnings. Somehow, the deal was lost in the paper shuffle and thus never reached fruition. Each side blames the other: the port says Papadopoulus was "dragging his feet" to keep the rent low. Common sense seems to suggest that sometime after the initial agreement was reached, the port realized it could double the agreed-upon rent.

The upshot: on October 10th, Java House is taking the port to court in an effort to honor the original lease agreement. If the recent Richmond-Starbucks debacle is any indication, the city is serious about supporting small businesses, and we can't really think of a smaller, more endearing business than Java House. Story developing.
· S.F. waterfront institution Java House faces rent hike on steroids [Chron]
· SF Fights the Man: Java House Pays Up, Starbucks Looks Down [~ESF~]