Just hours ago, a sizable fire caused extensive damage to Tenderloin landmark Original Joe's. According to the Chronicle, the fire started from the charcoal burner and soon spread to the motel above. Over 50 people, including the Original Joe's waitstaff, were evacuated; two were taken to the hospital for smoke inhalation. By the time we arrived on the scene, most of the firefighters were upstairs in the complex above Original Joe's, clearing out debris. Surrounding blocks are still closed as the fire engines make their way out. As for Original Joe's, it looks like it will be closed for at least a week several months:

Frank Klein, a representative of Original Joe's property management company, said the restaurant likely will be closed for at least a week or two because of water damage from the firefighting effort.

To make matters worse, the fire puts a substantial damper on an otherwise celebratory week for owners John and Elena Duggan, who just last night opened their second venture, Fish & Farm, right up the street in the Mark Twain Hotel. 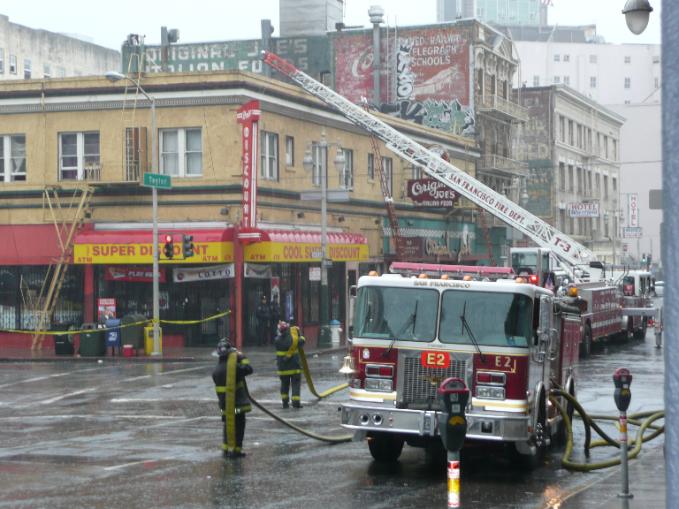