A recurring feature, Eater Inside showcases the interior space of high-profile, recently-opened restaurants. 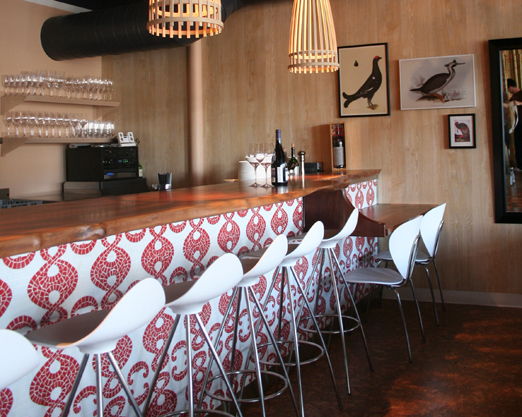 Only in San Francisco could a celebrity chef like Australia's Luke Mangan sneak in under the radar. Mangan's first venture onto American soil, appropriately dubbed South, calls itself a modern restaurant and wine bar "showcasing the best of food and wine from Australia and New Zealand." And a showcase is really what it is; South's ModOz style bears a strong similarity to what we know as California cuisine: strong, simple flavors spurred by fresh ingredients. Since opening two weeks ago, the 50-seat eatery/drinkery has kept the desolate stretch of Townsend Street abuzz nearly every night, which, given the restaurant's pedigree, should come as no surprise. The added bonus: in a rarity for the city, parking is abundant.

Further reading in The Dish and Plywood Report, as well as Daily Candy.