This here is the Plywood Report, your regular, all-encompassing source for the next generation of San Francisco restaurants still in various stages of construction. From splashy, big-name endeavors to smaller remodelings, we've got you covered. See something a-brewing in your neighborhood? Drop us a line. Also: bonus appreciation if you include photos. 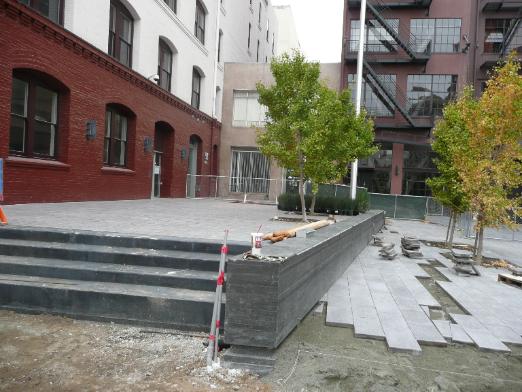 1) Mint Plaza: Much more Mint Plaza fun is on tap later this week, but to satiate your Jessie Street cravings, we present this teaser shot of the Sushi Groove patio. The only discernible difference from last fortnight? Literally, three bricks and some plants around the pole have been added, but in all fairness, the interior is coming along quite nicely. December is still the goal. [PLYWOOD] 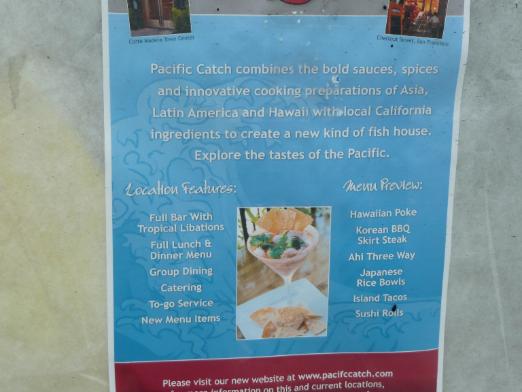 2) The Sunset: On the primetime corner of Ninth Avenue and Lincoln sits Pacific Catch. Diners familiar with the lines at the Marina location may be pleased to hear that when it opens, this Sunset offshoot will be much, much bigger. As noted earlier, the place will feature a full bar area (and poke). There's even a parking lot in the rear, though it's unclear if it will be used for the restaurant. [PLYWOOD]

3) Marina: From Inside Scoop comes this next nugget of plywood goodness: Sam Josi of Mamacita and Umami is working on a new project in the former Cybelle's Pizza space (2105 Chestnut) called Blue Barn Gourmet, which should fit right into the Marina. [Scoop]

Notice a bit of plywood in your neighborhood? Tips accepted.