Today's edition of Week in Reviews is, quite frankly, a doozy. Not unlike a perfect storm, we have three major publications simultaneously taking aim at three San Francisco newcomers. No cute hidden gems, no ventures into the East Bay or Marin on this Wednesday. It's all San Francisco, all the time. And as if that weren't enough, the main event has Bauer getting pissy at a four-star restaurant. 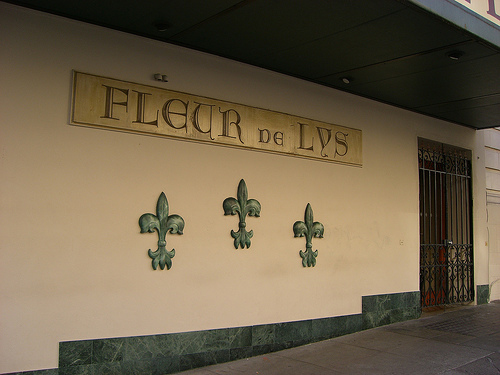 1) Up first, Michael Bauer sends Hubert Keller and Fleur de Lys a pre-Michelin gift by knocking the French four-star all the way down to three stars. That's right, not even 3.5 stars for Keller's acclaimed restaurant. The main faults appear to involve a decidedly unwelcome shift towards a casual brasserie atmosphere:

A 15-minute wait wasn't an auspicious beginning to what I've previously considered a four-star meal. Neither was the host, dressed in black leggings that ended just above the knee, black ballet-like slippers and a pink top made of T-shirt material. She looked as if she was going to a yoga class rather than presiding over one of the most elegant restaurants in San Francisco.

While Keller's food still impresses—static menu and cherry tomato deluge aside—Bauer ultimately drops the hammer on the established Fleur, mourning its loss of "devotion and sharp attention." And thus, the four-star club is down to six. [Chron]


2) In a rare San Francisco double-shot for the Chronicle, Tara Duggan declares Cortland Avenue to be the city's next gourmet ghetto in her visit to Tinderbox. Though the little 40-seater may still be working out its kinks, Duggan sees hope:

Our first meal at Tinderbox was memorable. A few dishes in particular - such as a peach salad and a yellow tomato soup - left us eager to return. Subsequent dinners weren't as exciting, but the young restaurant still shows much promise.

A small, loud space and a lost reservation are among Duggan's complaints in latter visits, but the "professional" Tinderbox staff stays excellent throughout. The result: two stars for Bernal Heights. [Chron]

3) The Bay Guardian and Paul Reidinger head to SoMa newbie and MoMo's offshoot Pete's Tavern, but stumble upon much more than a sports bar:

But Pete's (which opened in August) isn't just a sports bar, a place where postcollegiate men sit with pitchers of beer and luxuriate in periodic outbursts of boorishness. It's also a restaurant, and it serves food I might be tempted to describe as "surprising" if MoMo's weren't so good. Osborne is obviously a savvy entrepreneur who understands the lure of sports in attracting crowds, but his restaurants (including, once upon a time, the Washington Square Bar and Grill) have been estimable despite their often raucous venues, and Pete's Tavern, in a Falstaffian way, adds to this legacy.

Despite prices "higher than the pubby average," between talent in the kitchen (Damon Hall) and the enormous bar, Pete's impresses Paul. [SFBG]

4) Rounding out our fab four, Meredith Brody waxes poetic on the ways in which a destination inhabitant can transform an otherwise seedy neighborhood. While Raoul's and Dean and DeLuca don't quite seem to be in the same league as Brenda's French Soul Food in the Tenderloin, the endearing breakfast and lunch spot does the trick for Brody: "there can never be too many Cajun-Creole places around as far as I'm concerned." [SF Weekly]