Share All sharing options for: Mint Plaza Extravaganza: Not ... Quite ... There.

Still coming this fall? Hey, whenever you're ready.

Originally thought to be open to pedestrians by Labor Day (as in, fortnights ago), the construction at Mint Plaza continues unabated. As far as the quartet of dining establishments go, Chez Papa remains the best bet to get off the ground ahead of Sushi Groove IV and Blue Bottle Coffee, though nothing looks close to being done. In fact, a member of the Eater Speculative Staff has already hypothesized that none will open in 2007. And allegedly, nothing has been signed with Limon—or anyone else—with regards to the fourth and final restaurant space.

But that doesn't mean there's not plenty of plywood to go around! A full photographic investigation of the Mint Plaza doings follows: 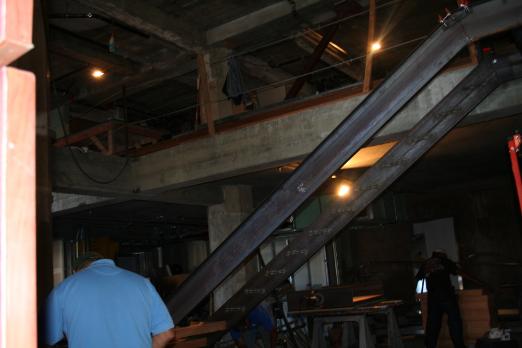 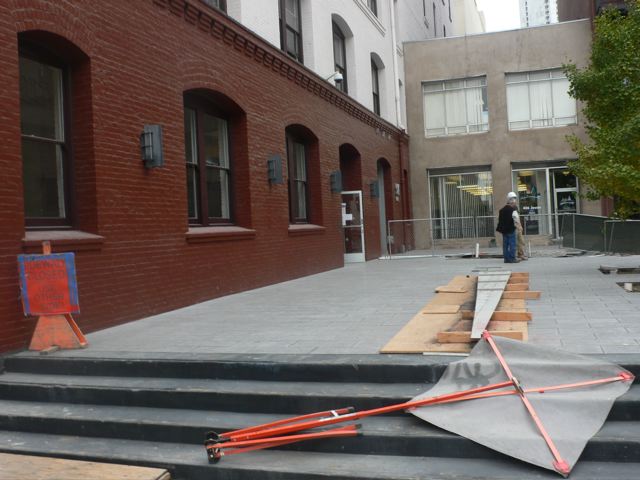 The patio at Sushi Groove was being installed on Friday afternoon, because nothing says "Honey, let's eat outside tonight!" like the south side of Market Street. 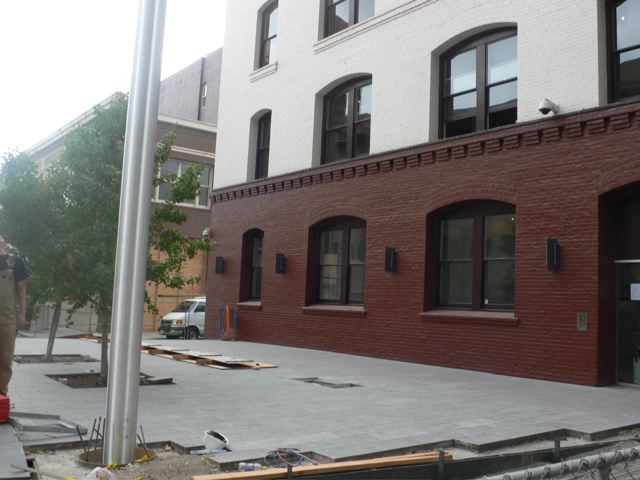 Another shot of the Sushi Groove patio, from opposite side. 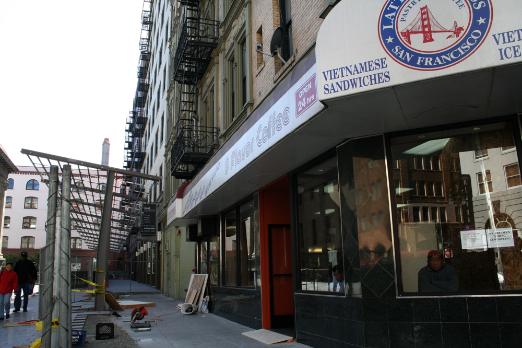 Are we the only ones that find some humor in the fact that a divey diner persists on the end of this (supposedly upscale) project? 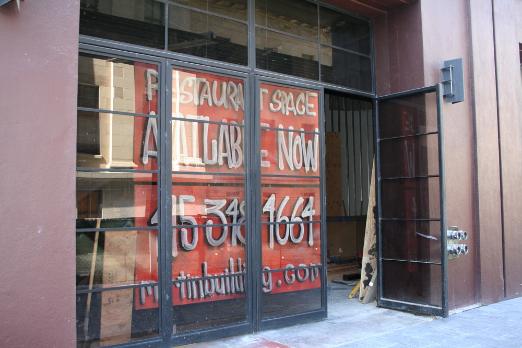