The Dish: Peet's Gets Coastal and Two Big Splashes

Share All sharing options for: The Dish: Peet's Gets Coastal and Two Big Splashes

With a veritable bevy of openings slated for the week, it's a busy time for The Dish, your source for the latest unveilings around town. Notice a restaurant that recently debuted? We accept tips. 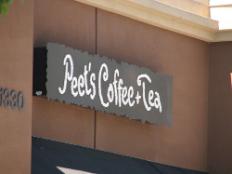 1) Peet's: Half Moon Bay denizens are asunder over the entrance of Peet's Coffee and Tea into the coastal community. Like many of its surrounding areas, Half Moon Bay has long flirted with banning chains like Peet's, but city officials say such stores are key for the local economy. A Starbucks arrived in town four years ago, but residents think this latest chain invasion may open the floodgates. To make matters more dicey, Peet's not only took over the space of a mom-and-pop coffee purveyor, but also that of the laundromat next door, which wouldn't be a big deal, except for the fact that there's now only one laundromat for the entire town of 12,000. 142 San Mateo Road, Half Moon Bay [Examiner]

2) Mecca: One-time Castro icon Mecca reopens this Saturday with a radical facelift: "Highlights of the changes include a new 20-foot alabaster wall at the entrance that is backlit to cast a warm glow and capture the silhouettes of those walking alongside it; a new 15 foot wood and steel standing bar to expand the bar area and give diners in the front of the restaurant a more intimate experience." And don't forget about that Halloween party they're tossing. 2029 Market Street, Between Dolores and Church, The Castro, (415) 621-7000 [BAR]

3) 1300: And as mentioned earlier in passing, 1300 opens tonight. David Lawrence, veteran of two Michelin three-stars in London (Le Gavroche and The Waterside Inn), is in the kitchen, so it will be very interesting to see how the food—not to mention the entire place—is received in a city that loves its modest restaurants. Either way, the Fillmore Heritage jubilee begins .... now. 1300 Fillmore, at Eddy, Fillmore/Western Addition, (415) 771-7100 [EaterWire]