With the birth of Eater SF came the resurrection of Curbed SF. Every Friday, we are honored to bring you the highlights from the week at our sister site. 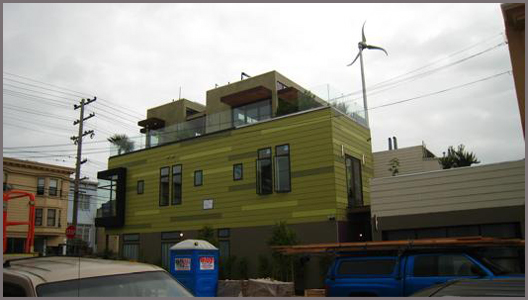 Won't someone please think of the children?

1) The Mission: The big, controversial news of the week revolved around the Sunset Idea House. Initially, it was thought that the landmark home was ready to go on the market for a cool $4 million, a report that was quickly shot down by the building's angry (and potty-mouthed) owner.

2) Mission Bay: For some unquantifiable reason, residents would rather not live next door to a helipad in the year 2014. What's the big deal? By then, helicopters will be silent, as will most kitchen appliances. All you'll be able to hear is the sound of Mario Batali breathing.

3) Citywide: In the last two years, illegal graffiti has cost the city $3.4 million. But the good news is that there's now an artist "making" grass graffiti of chipper forest friends from the cast of Bambi ... Now there's a sentence we never thought we'd write.