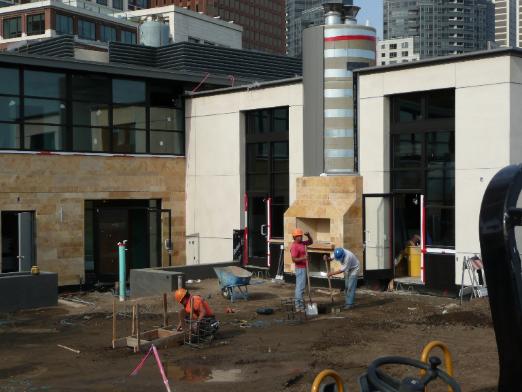 Sittin' on the dock of the Bay, grillin' Kuleto steaks outdoors.

If there were to be a godfather of the San Francisco dining scene, we just might be inclined to cast our vote for Pat Kuleto, and with his two Rincon Park megaprojects due in January, that assessment probably won't be changing anytime soon. So far, a lot of attention has been paid to Waterbar, the aquatically-inclined member of the Rincon pair, but let's not forget about Epic Roast House. When the Eater Plywood Team stopped by this weekend, construction was in full gear on the Epic side of things. Workers were drilling street-level footing ditches in the shared 5,600 square-foot piazza and toying with some railings on the stairs, but the big news was Epic's erection of an outdoor barbecue pit facing the Bay Bridge. Also on tap inside: a wood-burning oven and a "spectacular" fireplace. In other words, there's going to be plenty of fire at Epic to balance out that quartet of 200-gallon fish tanks next door at Waterbar. 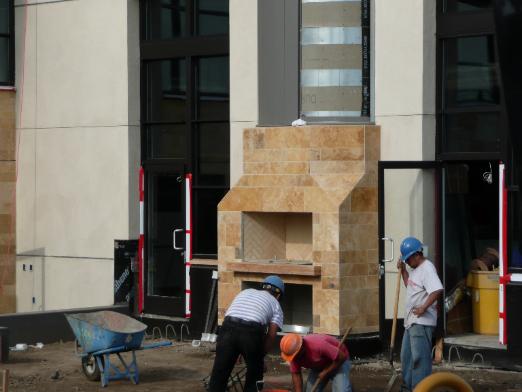 That is one fine looking meat-cooking apparatus. 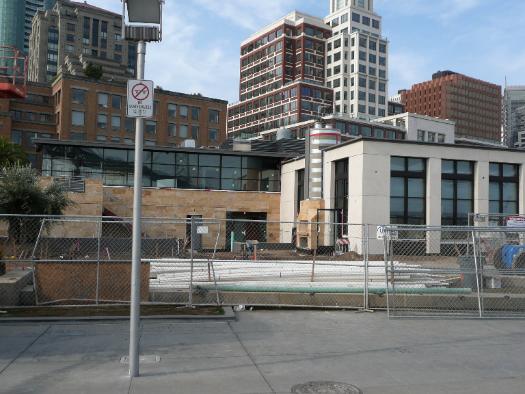 The view from the waterfront side. How many different rooms can you count? 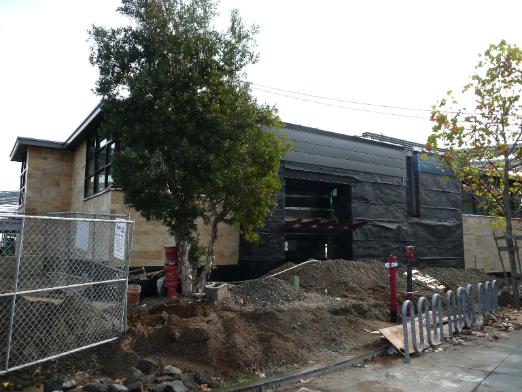 The view from the Embarcadero side, with what we presume to be the early stages of a canopy or overhanging sign.