Welcome to the latest installment of the Week in Reviews. This week, we have Meredith Brody making good use of her thesaurus after a visit to Mercury Appetizer Bar, while Amanda Gold swipes an entire Chron star away from Jeanty at Jack's. And those are just the first two reviews. 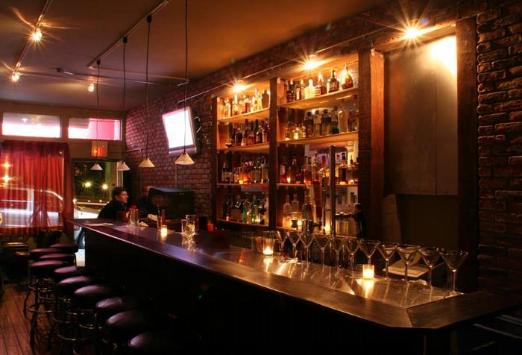 No exclamation point comes attached to anything we had had at brunch, unless derisively: the worst latte I've ever had! Lackluster eggs! Inexplicable French toast! Even though we rolled in around noon, we were the sole customers for most of our meal. Once again, the place seemed not yet ready for its close-up.

One could enjoy an entire post of the entertaining modifiers used by Brody to describe Mercury, from "gruesome" to "the Little Engine That Couldn't," but that would be delighting in schadenfreude, so we'll just say that unless some radical changes are made, the empty dining room at Mercury might just stay that way for a bit. [SF Weekly]


2) The Chronicle's Amanda Gold revisits Jeanty at Jack's, and the results ain't none too pretty here either: Gold drops it from three stars all the way down to two:

However, the attention to detail that once made Jeanty at Jack's a dining "must" was noticeably absent on two recent visits ... my dining companions and I couldn't help but notice that the decor seemed tired. The carpeted mezzanine resembled an aging hotel dining room, and the floor was creaky and crooked to the point that my chair sloped downward. Service remains pleasant and efficient, but minor slip-ups - such as bringing our table the wrong appetizer one on visit - were a surprise given the seamless performance of the past.

While some of Philippe Jeanty's dishes (the tomato soup, the escarole salad) maintain the elegance of Bauer's original three-star review, others indicate a lack of attention in the kitchen. In the end, Gold suggests a drive to Yountville to visit Jeanty at Jack's big brother. [Chron]

Rounding out this fine week: we have Paul Reidinger and the Bay Guardian checking out the newly-overhauled Metro Kathmandu, thoroughly enjoying the "subtle surprises" of Jacques Manuera's Nepalese endeavor, while Madame Tablehopper hops on over to Brenda's, and last but not least, Not For Tourists opines on Shangri-La.