And now, the Plywood Report, your source for all the latest news, dirt (today, quite literally) and rumors on the city's mass of unopened restaurants. As always, your sightings to sf@eater.com. 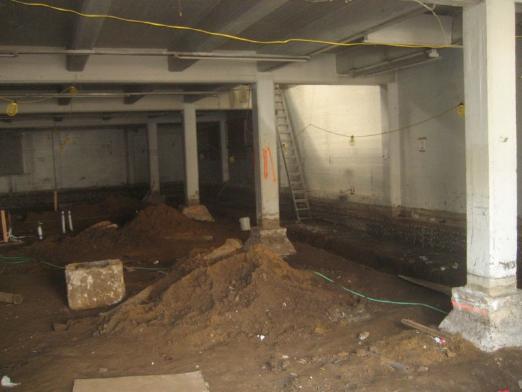 1) The Mission: Along with some similar ones added to the Eater Flickr Pool, the above photo of a very cavernous La Parilla Grill (3135 24th Street near Folsom) appeared in the Eater Inbox over the weekend, with the following note affixed: "not the trendiest of area tho who doesn't love philz. looks huge, attached 4 pix" [PLYWOOD]

2) Financial District: For those wondering about the giant Amber India logo plywood right on the south side of Market Street, it will be the fourth location of the South Bay upscale Indian chain. In terms of offering modern interpretations of the cuisine, will be most similar to the Santana Row location. Unfortunately, the Amber people have been finding the red tape significantly more difficult in San Francisco than down south. Original opening was slated for October 1st; their fingers are now crossed for Christmas. [PLYWOOD] 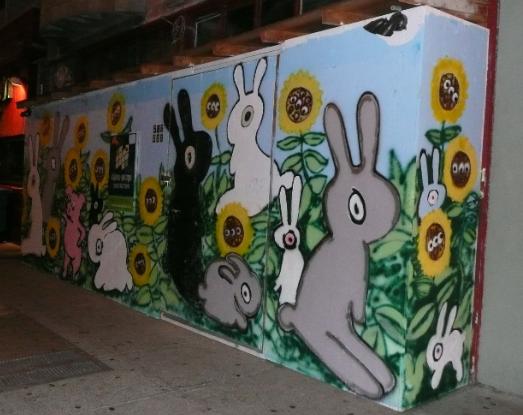 3) Haight: Truth be told, we scope out a lot of actual plywood and most of the time, it's pretty standard, so it's always welcome to see some seriously psychedelic bunny rabbits adorning a restaurant. Really mixes up the day. Here we have Uva on 568 Haight Street (where else?), a wine bar for all your lower Haight drinking fun. Due in February, it's still a ways off, but it's been added to the Eater radar. Look for plenty of Uva cameos in future trips reports. [PLYWOOD]

4) North Beach:The old Fogon space on 659 Union will be another branch of King of Thai Noodle House or Berkeley's Tuk Tuk Thai. The owners of the two aforementioned restaurants are brothers, so it's unclear which name the restaurant will adopt, but it's going to be a Thai noodle place in either scenario. They were working on lighting and wiring last night; look for a debut in the next month or so. [PLYWOOD]

See some plywood? Your sightings to the tip jar, please.