It's been a while since we checked in with the Mint Plaza doings, but with Chez Papa due to wrap up in the next two weeks or so, rest assured plenty has been happening down on Jessie Street. Here are our observations of the work done in the last fortnight. 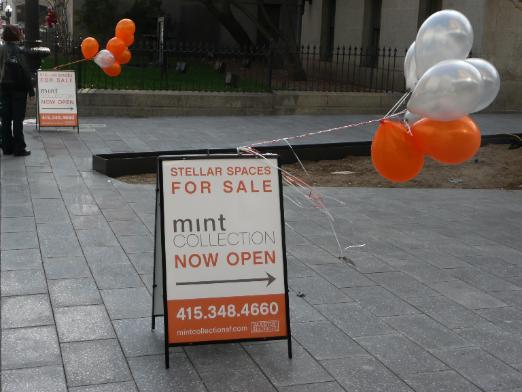 1) The glossy promenade itself is nearly complete. Pedestrians can now walk unimpeded straight from Fifth Street ... to the grimy alley that leads to Sixth Street. Those unsightly chain link fences are a distant memory and the various attempts at foliage almost remind you that you could be in Yerba Buena instead.

2) In all seriousness, Point #1 leads to an earlier concern we had that was recently echoed by someone involved in the project: right now, there is no foot traffic in Mint Plaza. At all. Will the restaurants solve this problem or will it be an issue going forward?

3) Last we heard, November 4 was still the tentative date for Chez Papa, which means that—brace!—they are entering the final lap of work at SoMa's newest bustling French bistro. They just might make it—black tables and chairs recently arrived in the dining room—but the real deadline is the grand opening on the 16th. 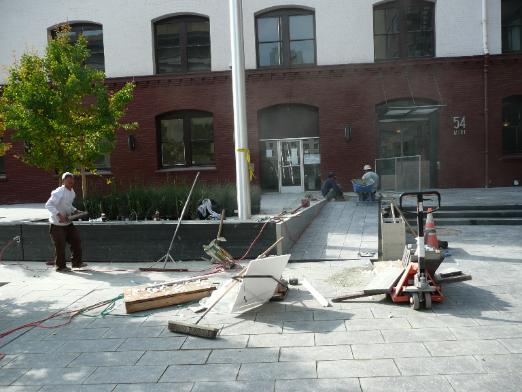 4) On the Sushi Groove front, the handicap ramp was completed this weekend, which is good, because that might mean that the focus will shift to the inside, seen in the following shot. We haven't seen the rest of the space, but it might be the smallest of the four Mint Plaza restaurant spaces. 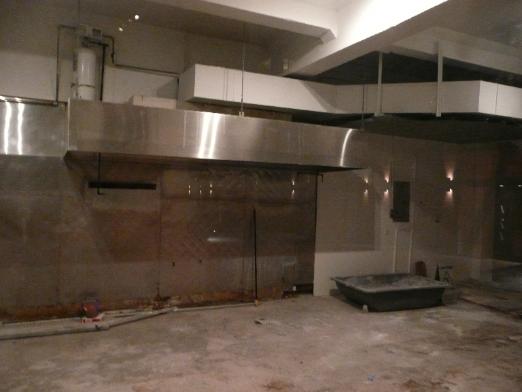 5) The opening date for Groove IV is still Christmas 2007, so we shall see. Our money is still on Blue Bottle Coffee, which may wait until the post-Christmas rush to debut.

6) Our big sis at Curbed was not joking about the big security presence in the plaza. If you linger too long, you will get shooed away. Upshot: the city/the Mint folks are aware of the area's, ahem, "shortcomings" and trying to make it work. Bravo.

7) Still no signage at any of the Mint restaurants. Except, of course, Latte Express.
· Mint Plaza Has a Date With Gav [~ESF~]
· Mint Plaza Update: A More Polished Appearance? [~ESF~]

As the project begins to really take shape, expect lots of action down at Mint Plaza over the next two weeks or so. If you notice something juicy, please do share.