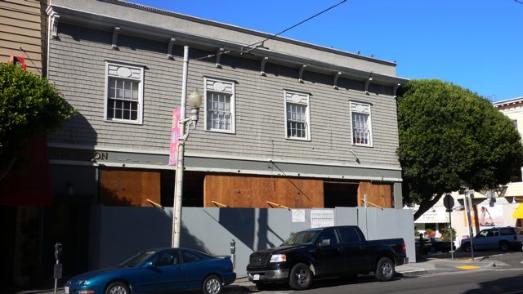 Vache. Cow. Cow Hollow. Get it?

1) Cow Hollow: Following in the Bacchus Management steps of Spruce will be a resurrected Vache. Sitting in the old Prego corner of Union and Buchanan, the oh-so-cleverly-named Vache will bring a bustling brasserie vibe to the Abercrombie-adoring masses of the Marina. The latest opening date is set for November, but since the work permit is good through January and the space appears to still need a lot of work, it wouldn't be a shocker if the place remained plywooded past Thanksgiving. The space itself looks very promising: big windows and lots of room, plus prime corner real estate. A shot of the interior follows. [PLYWOOD] 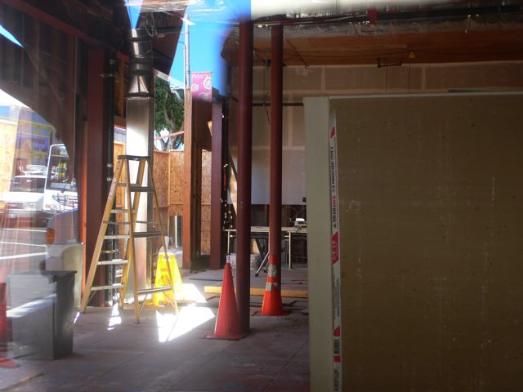 Vache's interior: after Spruce's design, high hopes follow for the next Bacchus project.

2) Mint Plaza: Apparently, there are some San Franciscans in and around Mint Plaza who are neither vagrants nor construction workers. One passerby shares a funny sighting in everyone's favorite pedestrian sanctuary: "I walking through the (still under construction) walkway and saw that one of the restaurants has a Zagat Survey sticker in its window. I mean, come on--shouldn't restaurants at least wait until they are somewhat close to opening before putting up Zagat stickers?" [PLYWOOD]

3) Embarcadero Center: Sometimes, FiDi workers just work too hard. From the Eater Inbox: "Yeah, there's a Rubio's coming. How about something decent to eat instead?" Look on the bright side: isn't there a Del Taco around there? [PLYWOOD]

4) Financial District: Call this a pre-plywood report. On 493 Pine, the gourmet slider joint from the folks behind Mecca —dubbed Best-O-Burger—has not yet begun work, as Mrs. Fields remains in the space. We wonder if Mecca's own delays in reopening have anything to do with this. [PLYWOOD]