Mega Plywood Report: Out the Door, Pizzeria and MORE

Share All sharing options for: Mega Plywood Report: Out the Door, Pizzeria and MORE 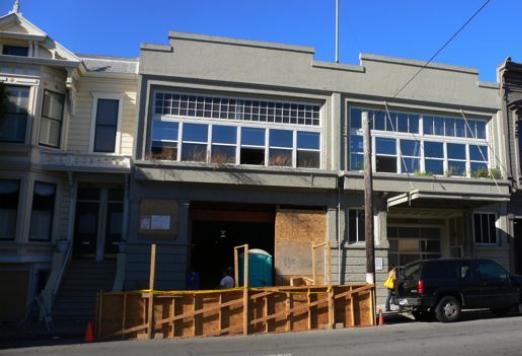 Out the Door 3.0: Not in a mall basement this time.

1) Pacific Heights: The third location of Out the Door is set for a late fall opening. As of now, the space itself (a former silk flower factory) can be described in one word: cavernous. Charles Phan apparently bought the entire building at 2232 Bush earlier this year, but only the downstairs area will be used for dining purposes. Even though it looks spacious now, this branch of Out the Door will seat roughly half the number of the Westfield location. [PLYWOOD] 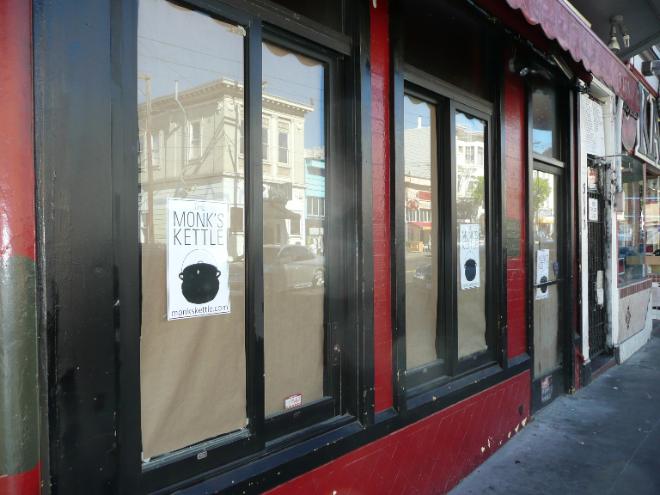 A beer bar to combat all wine bars.

2) The Mission: At the corner of 16th and Albion, right off Valencia, lies The Monk's Kettle (above). Opening is set for November as of now, and according to the website, it will be an hops-and-barley answer to the city's proliferation of wine bars. Also on tap (pun only halfway intended): a kitchen that will be open until at least 1am. [PLYWOOD, Official Site] 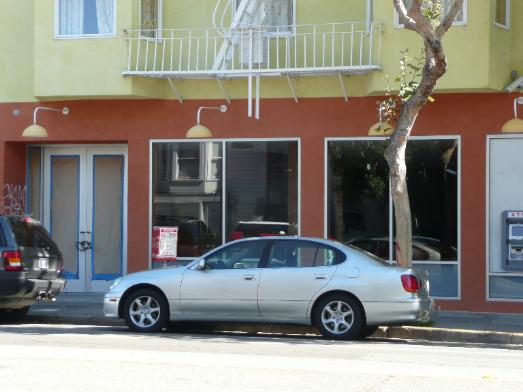 3) Bonus Mission: Just a bit down the Valencia ways from The Monk's Kettle is the simply-named Pizzeria, right next to New Yorker's Buffalo Wings. The place looks just about ready to go, and my is it brightly colored, both inside and out. Other observations: about two dozen tabletops with a quartet of chairs each (that could make for a crowded dining room), a long counter, big pizza ovens, and more bright primary colors. [PLYWOOD]

4) The Richmond: The Richmond (ad)venture by Ana Mandara Executive Chef Khai Dhon, Pot de Pho, looks to be coming along nicely as well. The old Spanish Fly signage lingers on Geary, but the interior is definitely looking promising as far as a late October opening goes. Between the bamboo painted on the walls, the vintage decor and communal seating, it looks like it could be a fairly traditional (but not bargain bites) pho spot. [PLYWOOD]

5) SoMa: The work at Local has reached the homestretch and should be nearing completion by late next week. The spa/yoga studio upstairs has already opened, as the layout of Local's dining room slowly drifts into focus. And peeking over the bar, that wood-fired oven looms in the rear of 330 First Street. [PLYWOOD]