Plywood Report Primer: And We've Got Signage at Bin 38 and O Izakaya!

Share All sharing options for: Plywood Report Primer: And We've Got Signage at Bin 38 and O Izakaya!

We've got more Plywood Report later this afternoon, but for now, nothing says "landmark point" in a soon-to-open restaurant's evolution quite like the erection of a sign. 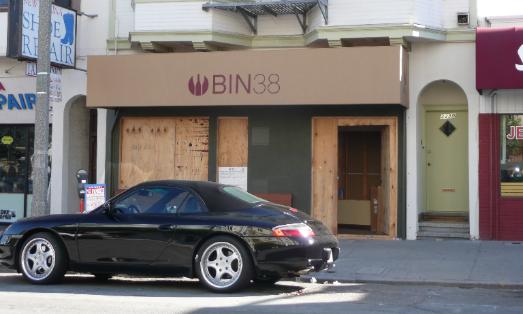 Yes, a Porsche in the Marina is indeed shocking.

1) Marina: Fear not oenophiles, another wine bar is inching closer to joining the city's ranks. Bin 38—the combined effort of Don Davis of Uncorked Events, Peter Scully of Dolce, and Shaw Management's Shaw Amirghassemkhany and David Sheridan—will most likely open sometime in the next several weeks. In the meantime, we're happy to report that a quaint people-watching wooden bench has been installed alongside the 3232 Scott Street entrance under the overhanging sign and slightly-avian Bin 38 logo. [PLYWOOD] 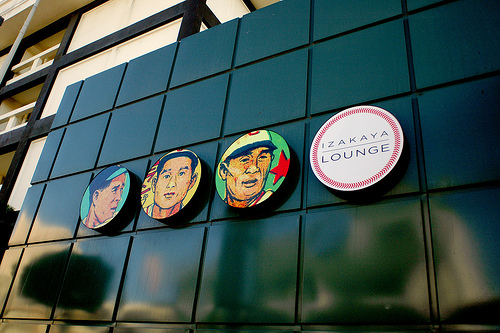 2) Japantown/Western Addition: Last week, we pointed out the tardiness of O Izakaya Lounge in removing the old blue DOT Lounge logo. Now, we have word that a new and improved sign (above, natch) has claimed the renovated Hotel Kabuki wall. It has the same four "dot" template as the previous denizen, but incorporates one of O Izakaya's themes: Japanese sports, specifically baseball. A tip of the cap to Jen Maiser of Life Begins at 30 for the photo journalism work. [Flickr]