Plywood Report: Out the Door, Bar Jules and MORE!

Share All sharing options for: Plywood Report: Out the Door, Bar Jules and MORE!

Welcome back to the Plywood Report, your regular, all-encompassing source for the next generation of San Francisco restaurants still in various stages of construction. Big, small, ugly? We've got you covered. See something a-brewing in your neighborhood? Drop us a line. Also: a gold star if you include photos. 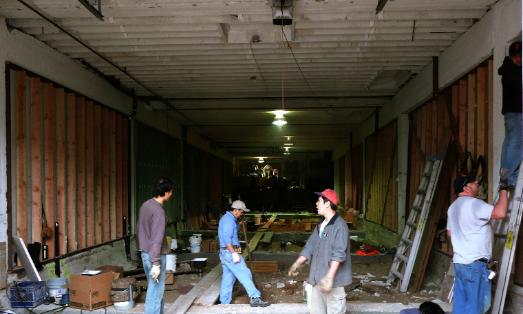 1) Pacific Heights: Checking the above scene at 2232 Bush Street (right off Fillmore), the third location of Out the Door by Charles Phan remains a ways off. The plumbing was just completed this week, but that late fall prognostication may have to be pushed back a bit. [PLYWOOD]

2) Hayes Valley: Quoth a Hayes Valleyian, "This little spot in Hayes Valley taking over what used to be the Don't Call It Frisco Laundromat (next door to Suppenkuche) is going to be called Bar Jules. It's on 609 Hayes Street between Laguna and Buchanan. Construction has been going on for at least 7-8 months. I saw a poster on the window saying they'll be open in November 2007 but the latter half of the month would be my guess. Would have snapped a picture but my camera phone a piece of." [Eater Inbox] 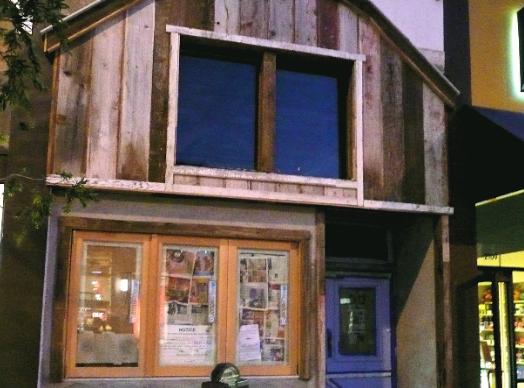 3) Marina: Plenty of juicy details in the newspapered windows of Blue Barn Gourmet on 2105 Chestnut Street. First, we've got notices for sidewalk tables and benches; even better, a sample menu has been posted. On the list: custom-built salads, "salads from the garden," "sandos from the kithen" and an entire section of grilled cheese panini. But must we call sandwiches "sandos"? Look for an opening sooner than later. "Early November" is the word. [PLYWOOD]

4) Bonus Marina Fun: Just on down the road, Marina Meats is moving into the space on Chestnut and Divis. It's going to be the butcher-centric offshoot Marina Super and will open in "about a week or two." [PLYWOOD]

5) The Mission: Emails a hipster—errr, tipster: "I saw some people inside the old Bistro Annex space on Valencia. The place has been an eyesore for months. Broken windows, graffiti. I hope they're starting to do something there." [Eater Inbox]

6) Broadway Strip: To finish of this edition of the Plywood Report, we've had several queries about the old Little Joe's space at 523 Broadway, right next to Impala, but we're stumped. The place is completely gutted; anyone know what's going on? [PLYWOOD]

As always, your plywood sightings to sf@eater.com.