A trip to the Richmond? Oh yes they did.

From the looks of things, opening any minute now will be Pot de Pho, the casual Vietnamese offshoot from Khai Duong of Ana Mandara fame. Duong will reportedly offer a limited menu that allows a clear focus. Look for Pot de Pho to be a nice mid-range, neighborhood-oriented Vietnamese option somewhere in between the Tenderloin's bargain eats and the upscale places like Bong Su and Ana Mandara. The old Spanish Fly signage is still up at 3300 Geary at the corner of Parker, but the interior—pic post-jump, natch—looks ready to go. We counted about 40 seats (give or take), including the counter and pair of communal tables. The Rumor Mill has received some unsubstantiated reports that it will be open tonight, but nothing definitive. Story developing... 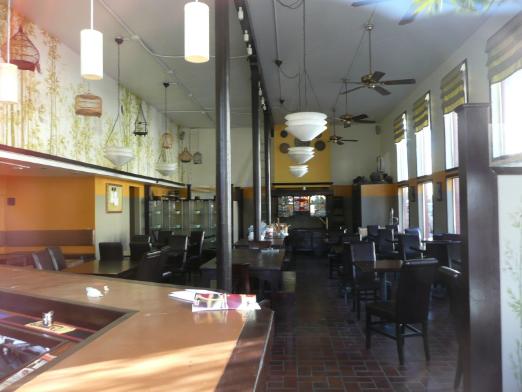