Truth be told, we eat out as much as the next person—more than we can afford, really—so we thought it sensible to share our impressions. Hence, this is Eater's Journal, where we opine on our recent meals. 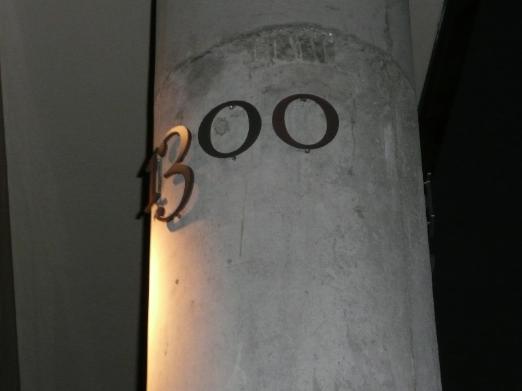 1300: Strolled in at about 9pm on a Saturday night. The place was 85-90% full, which, given its large size, is saying something. Somehow, 1300 walks the fine line between elegant restaurant and comfortable neighborhood lounge (maybe it's the jazz music wafting in the background). The whole "Fillmore nostalgia" thing actually works. Extra points for having the full menu available at the bar. Lamb sliders were the winner of the night, but the mushroom-topped grits also won raves. Came away very impressed, even surprisingly so.

O Izakaya Lounge: If 1300 was a pleasant surprise, O felt like a bit of a let-down. We're hoping we can chalk up the mediocre meal to opening jitters and high (unreal?) levels of anticipation on our part. As a whole, the place seems a bit lost between being a sports bar-type place (as the ambiance would indicate) and an upscale lounge (as the menu would indicate). Also of note: the acoustics were a bit awkward; music was turned low, televisions on mute, and the place was incredibly quiet, despite being about half full. There was no din; conversations could be heard on the other side of the room (not in a good way). Still, O gets the benefit of the doubt for opening weekend. The yakimono, NB, were winners, despite the menu describing them as "swekers."

Laiola: The grilled octopus alone is worth weathering the stripe-shirt-laden sidewalks of the Marina. Bauer hit this one on the head when he described the Laiola crowd as the cast of Friends. But Laiola is certainly one of the best new restaurants in town. Haven't had a subpar experience there yet.

Canteen: Though the eggs benedict were on hiatus—"Blame Larry Ellison" quoth the menu—brunch at Canteen remains a must. Can Dennis Leary do any wrong?

Jubili: Oh, you didn't think we'd go a week without some fro-yo fun, did you? Sitting right on Fillmore, Jubili has the fruit and cereal options for toppings. The price seems a bit steep at first—over three bucks for a small, depending on toppings—but the servings are pretty massive, quickly assuaging any pocketbook worries. The yogurt could've been a bit more tart, but it's a return trip.