Fall is a time for restaurant openings, but when said restaurants actually opens is anyone's guess. Fall Tracking Report is your source for the latest news on upcoming restaurants and when you should start thinking about wandering down to Mint Plaza. 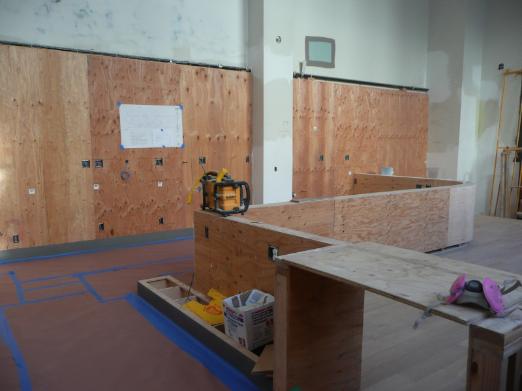 With the Mint Plaza grand opening ceremony slated for Friday, rest assured there's much more Jessie Street coverage on tap later this week. While Chez Papa scrambles to open ASAP and the Sushi Groove/Dolce Vita situation (now "up in the air" according to the Chron) gets sorted out, the guys at Blue Bottle Cafe—pretty much removed from the happenings across the alley (different building owners)—keep on doing their own thing quietly and quickly. The first non-kiosk offering from possibly the most popular coffee in the city is still months away (January is the aim), but it's looking pretty impressive in its incipient stages. Hardwood floors have just been installed and the bar is starting to take shape. A big espresso machine is forthcoming to complement the drip coffee, etc; beer and wine will also be served. Perhaps most impressive is the old space itself: 17-foot ceilings, huge windows, lots of natural light. More interior shots follow: 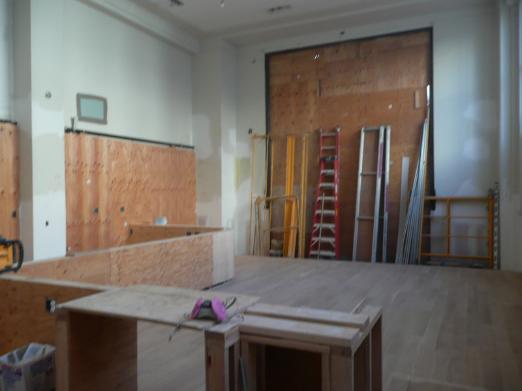 The plywood supporting the ladders will soon be a giant window. 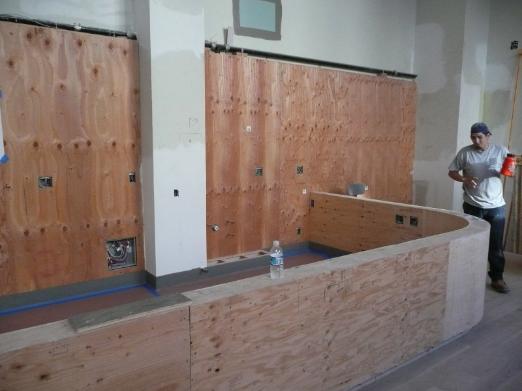