Fall is a time for restaurant openings, but when said restaurants actually opens is anyone's guess. Fall Tracking Report is your source for the latest news on upcoming restaurants and when you should start trying to score that resy. 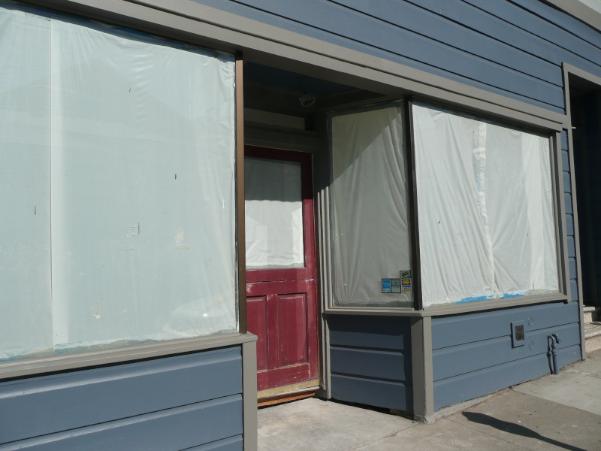 Here we have the curious case of Sangha, Ric Lopez's on-again, off-again Japanese-Latin fusion (ad)venture across the street from his French undertaking, the successful Le P'tit Laurent. Not unlike Michelin Inspectors looking for consistency, the Eater Fall Trackers take into account the whole picture, and every time the Trackers have stopped by, the same seemingly-abandoned storefront welcomes them. So, despite some reports of activity (and a bit of intriguing blond woodwork), we're pretty much in the dark.

UPDATE 1:15—As luck would have it, as soon as the post when up, we see some action at the place. The primer coat is up and some curved moldings are being worked on. Lopez—who we also met; very nice guy—says that the next couple weeks will definitely see some type of opening. He said that he's waited long enough, so he's going to open soon, no matter what, even if it's an extended soft opening. He's expecting lots of local artwork and such, so the place is expected to look pretty snazzy. Also, the reasons for the delays: they had to re-engineer the entire 100-year-old building and the zoning transfer had to go through.

Updates, rumors and the like are more than welcome from Glen Park people. You know the number.