Week in Reviews Blog Edition: Returns to Jack Falstaff, SPQR, and So Much More

Share All sharing options for: Week in Reviews Blog Edition: Returns to Jack Falstaff, SPQR, and So Much More

We don't do reviews per se here at Eater, but we hear there are a few food bloggers in the Bay Area that do. Know of a blog that should be on our radar? We're all ears. 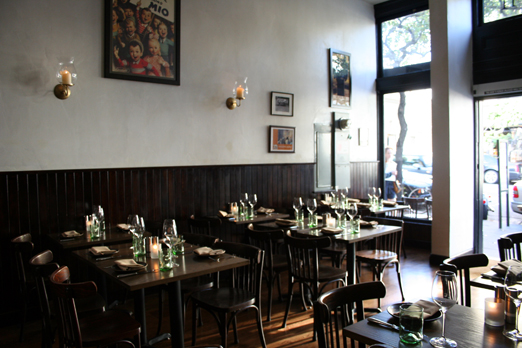 1) Leading things off, let's do some PlumpJackin', shall we? VinDivine makes a return to SoMa hotshot Jack Falstaff, and my, how the place has improved within the last year:

This place has it changed for the "even betta". I mean it was good before, but now, they've cranked it up a notch. And even though it's part of the pretentious and snooty Plumpjack group, we are in love with it. The seasonal menu changes rock.

The service is also exemplary (and smiley, apparently), not to mention the homemade doughnuts, complete with dipping sauce. [VinDivine]

2) Speaking of updates, it's been a while since we've checked in at SPQR, but rest assured that the Roman osteria continues to improve. Bay Area Bites' Jennifer Maiser reports on her new fave: "My love for this new restaurant has already been documented, and I've been back three times since that initial report. This trip was fun ... beets with ricotta, chanterelles and sunchokes, and the panino dessert -- which was groan-causingly good." [BAB]

3) 7x7's Tim Wudarski is at Cafe Gratitude, and lets everyone in on a little secret: it's not just crazy health food: "I like that CG doesn't go overboard in its approach to health—you can order a wheatgrass shot or a shot of espresso, along with a variety of organic wines, beers and ciders." [Bits + Bites]

4) Michael Bauer and PIZZA FRIDAYS! head to the talk of Potrero Hill, Pazzia. Although Bauer doesn't share too many opinions on the Florentine-style pizzas, a merely "satisfying" Pazzia doesn't seem to glow as much as the hype suggests. [Between Meals]

5) The Bunrab crew is back on the city prowl, and the patty at popular Cow Hollow pub Liverpool Lil's is the next to come under their burger microscope. The results? Not "cravable"; just "fine." [Daily Feed]

Elsewhere, the Fro-Fro Blog checks out Hayes Valley newcomer Breezy's, and despite some misses, decides the place is more than suitable for a pre-theatre dinner. The Restaurant Whore rounds out her El Bulli recaps and Not For Tourists muses on a secret unnamed taqueria.