Welcome back to the Plywood Report, your regular, all-encompassing look at the city's next generation of restaurants and bars. See some plywood in your 'hood? Drop us a line, would you? Extra credit and a gold star if you include pretty photos. 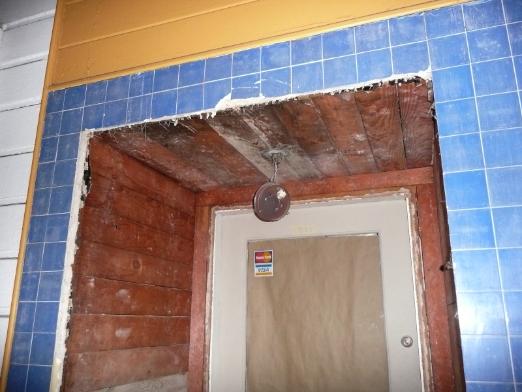 1) Hayes Valley: According to a Hayes Valley tipster, things have been busy at Domo, the upcoming sushi joint from Luke and Kitty Sung on Laguna and Linden (pictured). It's still unclear if they are going to keep the bright blue bath tiling adorning the facade, but as you can tell from the photo, they've been doing plenty of upheaval. As mentioned earlier, the traditional place will be small (20-25 seats) and full of wood, lending a casual vibe. [PLYWOOD]

2) Bonus Hayes Valley: Just up the street, the training wheels are nearly off at Bar Jules at 609 Hayes. Friends and family night has come and passed, five-star reviews have been purchased on Yelp, orchids are scattered about, and a preliminary menu is written on the chalkboard. And yes, for the most part, the paint job made it too. [PLYWOOD] 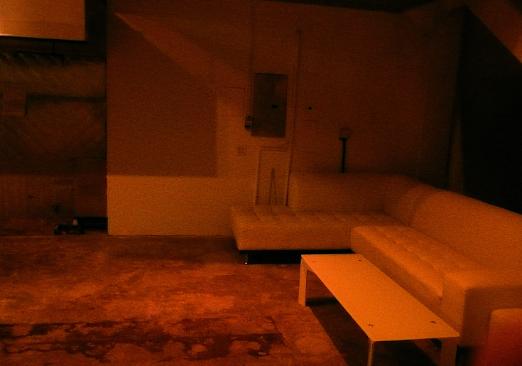 3) Mint Plaza: Please note that no photoshopping was involved in the above photo; rather, afterhours at the Sushi Groove/Dolce Vita space (still undecided, btw) have taken on a red glow. Perhaps the lights are to keep the giant rats away? As for the red planet space itself, it's still a long ways off. It's basically a gutted shell of a space at this point, and we're fairly certain that couches are leftovers from the place's temporary turn as Gavin Newsom Romper Room. We should all be so lucky, really. [PLYWOOD]

4) The Richmond: Emaileth a tipster from the corner of Geary and Parker, "What's going on at Pot de Pho? It looked ready to go like weeks ago but I don't think anything has happened in November at all." We're out of ideas on this end. Anyone know anything? Further Pot de Pho reading here. [PLYWOOD]