Share All sharing options for: Nervous Glances Beginning to Turn Towards Yoshi's

Not the best holiday weekend project.

Back when Yoshi's announced its firm opening date of November 28 on a bevy of signs around the Fillmore Heritage Center, more than a few people found it ambitious—surprising, even—that such a massive project would take on such a specific goal. After all, we're talking nearly 30,000 square feet and 800 seats in the club and dining room combined. It's exactly a week away from opening night, and well, it might be time to start worrying. As best we can tell, the liquor license is still in "pending" mode, and as seen from the accompanying photos, the place has a bit of a ways to go (to say the least). Last we heard, the restaurant might be opening the reservation lines early next week for Wednesday night, and there's no word on a contingency plan for the jazz club. Perhaps the folks next door at 1300 should expect a knock on the door Tuesday evening? Will opening night act Roy Haynes be playing amidst sawdust and paint cans? Story—and mad dash to the finish—very much developing... 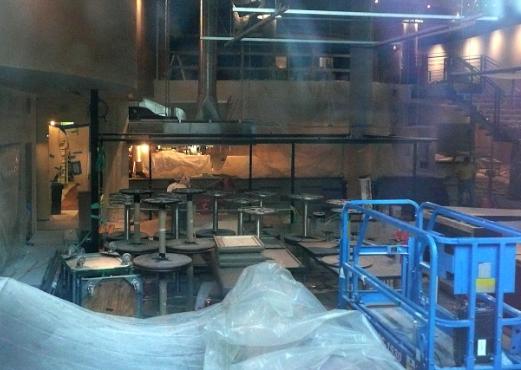 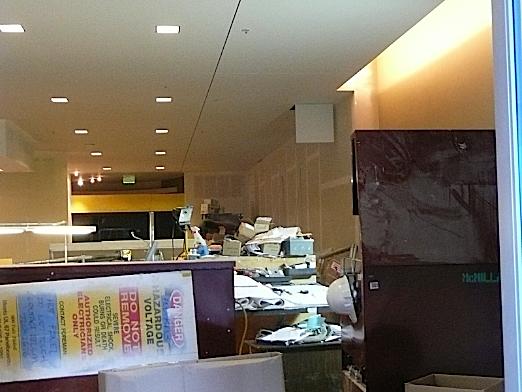 Please do note how this post is filed under "Plywood" rather than "Post-Plywood."
· Yoshi's Tickets Going Quickly [~ESF~]
· Eater Exclusive: Yoshi's, Rendered and Real [~ESF~]
· Yoshi's Would Like to be Noticed [~ESF~]