Share All sharing options for: The Shutter: Star of India, Pasha, Hahn's Hibachi

Reports of any and all closings around town arrive via The Shutter. See a restaurant or bar that has recently folded? Your sightings to sf@eater.com. Today, a trip down Polk Street. 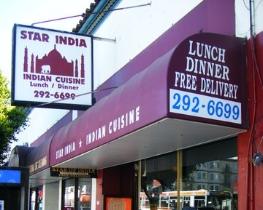 1) Star of India: Now that more details are coming out about the deadly early morning fire at Star India, it doesn't look like the Indian joint will be reopening any time soon. A tipster on the scene says that everything from the kitchen is more or less either totally incinerated or in scraps on the street. The firemen destroyed the facade to enter the building, but the dining room damage could have been worse. SFGate has the photo essay. [EaterWire Inbox, Chron]

2) Pasha: While the bagel shop next door didn't even notice the fire, Moroccan restaurant Pasha sustained enough damage to warrant closing for at least several days: "The fire also caused substantial smoke damage to some of the surrounding businesses, including the Pasha Restaurant, a Moroccan restaurant on Broadway Street. Smith said that restaurant will have to remain closed until it has been cleaned. Co-owner Hickham Senhaji said he hoped to only remain shuttered for about four days. Senhaji said smoke poured into the restaurant through a skylight, dumping black soot all over the kitchen and dining room." [Chron] 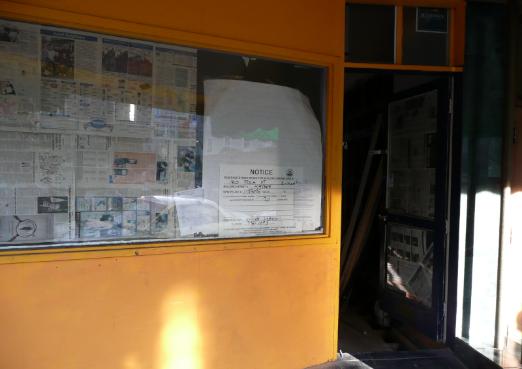 3) Hahn's Hibachi: In less than a month, Korean BBQ staple Hahn's Hibachi (above) will shutter voluntarily and temporarily in order to unveil a new, expanded space. As of now, the space at 1710 Polk remains open as construction dominates next door, but when the remodel is complete, the restaurant will close for a week or so to find itself anew. Like a bibimbop butterfly emerging from its cocoon. [Eater Staff]