We don't do our own reviews per se here at Eater, but we hear there are plenty of local bloggers that do. Know of a blog that should be on our radar? Do share. 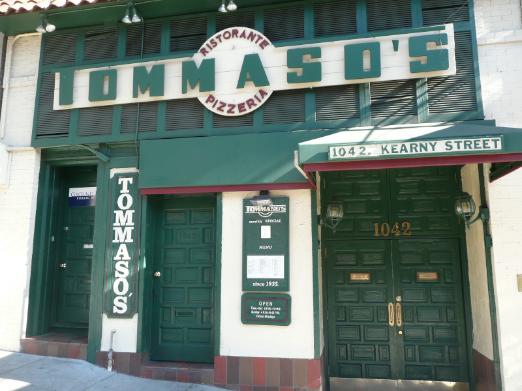 It's been a while since Senor Bauer graced the Week in Reviews, so let's start with the latest installment of Pizza Fridays. Today, we take a trip to the institution known as Tommaso's, the place that started the whole wood-fired oven shebang: "It has been claimed -- and never seriously disputed -- that this North Beach Italian restaurant is ground zero for wood-fired pizza, fired up decades before Alice Waters and Wolfgang Puck made their contributions." Given that the oven is from 1935, we won't dispute it either, and if the BauerBlog's comments are any indication, everyone hearts Tommaso's like a sweet grandma. [Between Meals]

Chef Ben shares some impressions from the revamped and recently-reopened Roe, the trendy Asian fusion lounge/resto down in SoMa. Even with a new chef (Alvin San) who just put some time in at El Bulli, the clubby place is still working out some kinks: "Maybe I had too many expectations of Chef San and the new Roe. Who knows, maybe with time the chef will experiment more and have more successes with the combination of flavors. For now, Roe is a delightful restaurant with professional and welcoming service and a menu that’s satisfyingly familiar." [CWTSG]

Tim Wudarski of 7x7 goes on a BLT tour de force, finding very different versions at Liverpool Lil's, Curbside Cafe and the following: "[The] Boxed Foods BLT has a decidedly SF personality: organic and local. The bacon is apple-smoked, the lettuce is baby gem, and the tomatoes are vine-ripened. The all-important mayo is spiked with garlic." [Bits + Bites]

We're obviously suckers for mobile food, but Seoul on Wheels sounds like one of the best things ever, even with our admitted bias: "I was waiting for Seoul on Wheels, a slick roach coach that makes the rounds through SoMa each weekday to deliver the goods (Korean BBQ) to hungry office folks and construction workers. Proprietor Julia Yoon, after the dot bomb and an unsatisfying turn as a paralegal, heard the call of the road, and now she’s cooking rib eye, chicken, and spicy pork in Hunter’s Point at 3:30 each morning before cruising up to her first stop (Bryant and Main) at 6:45." [NFT]

ELSEWHERE: the Daily Feed stops by for a quick meal at Couleur Cafe, Shuna Fish Lydon hearts the Monterey Market, JATBAR knows it's "hard to go wrong" at any location of Beard Papa's and finally, VinDivine has some constructive criticism for Koh Samui & The Monkey, namely that their website is difficult to traverse.