Fall is a time for restaurant openings. Lots of them. Restaurants will make promises, but when they actually open is anyone's guess. Consider Fall Tracking Report your source for the latest news on upcoming restaurants and when you should start obsessing over them. 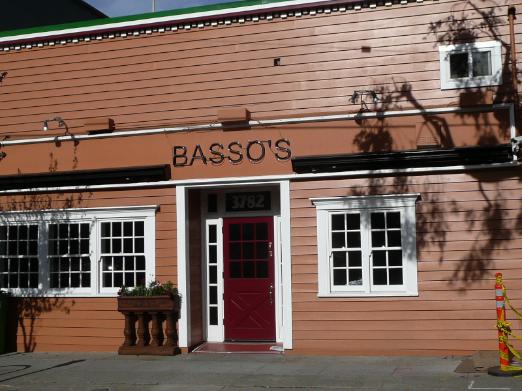 1) Noe Valley: Nearing completion in the former Cybelle's space on 24th is Basso's. If all goes to plan, construction work will be completed by next Wednesday evening, meaning that it could theoretically be open as early as Thursday, but you know how those things go. As for the place itself, it's not going to be anything like Cybelle's; i.e., no pepperoni pizzas here. Rather, it's going to be Noe Valley gourmet 40-seater: filet mignons, prosciutto, seasonal pasta and some traditional pies (like margherita). According to one source, pizza was only kept to ease the transition (and we're guessing because of the ovens). Also: it's unconfirmed, but we may have a BYOB sighting. 3782 24th St, near Church; (415) 285-3212. Current projection: weekend of December 7th.

2) The Sunset: The third location of the eminently-popular Pacific Catch will be going on test runs today and tomorrow. If the round of soft openings goes well, the Plywood vet will be open as soon as late next week as well. The 9th Ave menu is not dissimilar from the other locations, but the difference from the Marina one is the bar. Here, the bar will be open until 1am, with food available until 12:30 on the weekends. 1200 9th Avenue at Lincoln; (415) 504-6905. Current projection: December 7