Share All sharing options for: EaterWire: Whole Foods Updates, Creole in the Sunset (Possibly) and MORE!

All the day's news, gossip and general happiness goes in EaterWire. Have a bit of juice you need to share? The tip line awaits. 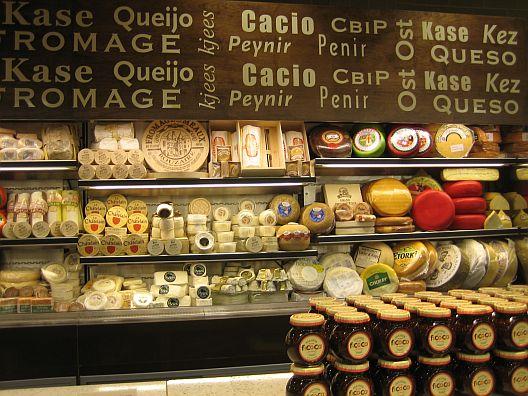 THE HAIGHT—Unfortunately for greenery-lovers everywhere—we hear there may be some in the Haight—the forthcoming pair of Whole Foods locations are still a ways off. To be specific, well over a year away. From Curbed SF: "Both of those stores [Haight Street and Noe Valley] won't be opening until 2009. I mean, especially in the Haight— they purchased that whole area and have to completely gut it and renovate." [Curbed SF]

THE SUNSET—Irving Street might—might—be welcoming a Cajun/Creole seafood restaurant in a couple months. San Jose's Boiling Crawfish is trying to expand its operations to a second branch at 2333 Irving, right next door to Ha's Restaurant. However, the Boiling Crawfish people won't make the move to the city unless the liquor license application gets approved. [EaterWire]

COW HOLLOW—Changes must be afoot at Betelnut! Aside from looking for supremely-groomed servers, the Union Street heavy-hitter has also been added to OpenTable. Considering Betelnut remains one of the tougher tickets in town, their presence on OpenTable can only be considered a boon to diners. Friday and Saturday nights are already fully booked for this upcoming weekend, so plan accordingly. [OpenTable]

NORTH BEACH—While the Honeydoo folks await their fate, right next door on Grant Avenue lies Magnet. The bar/lounge is under new ownership, but for now, the word is that there will be neither changes nor closures, since they have a temporary transfer of the liquor license. Further down the line, though, name changes and operational changes are a possibility. First up on the agenda: trying to open before 7pm. Got to take advantage of those happy hour folks. Oh, and the North Beach winos. [EaterWire]