The Shutter: Some Areas Not So Ideal For Business

Share All sharing options for: The Shutter: Some Areas Not So Ideal For Business

The glory of The Dish is offset by the despair of The Shutter, your regular chronicle of the lost hopes and failed dreams of closed restaurants. See a recent victim of the harsh San Francisco restaurant environment? Pray, tell. 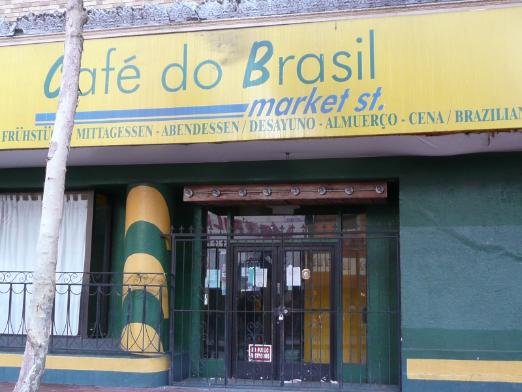 1) Cafe do Brasil: Even with the city's attempts to gentrify the area (Mint Plaza, Westfield, etc), the area of and around Seventh and Market remains—how to put this—a bit rambunctious. Unfortunately, such an environment oftentimes makes it nearly impossible to succeed, and it appears that Cafe do Brasil has succumbed to the shutter. It's been closed for some time now, and there is no indication that it's a temporary closure, which is a bit of a shame for anyone looking for under $20 all-you-can eat Churrasco Rodizo. [Eater Staff]

2) Fanatics: SF Weekly has a fascinating article on the rise and fall of Fanatics Sports Bar and Grill down in another rough area, Bayview. It's a must-read for anyone interested the year-long journey of a swanky sports bar that had its inaugural ribbons cut by Mayor Gavin Newsom, but soon evolved into "a business that would embarrass [owner Derf Butler's] political connections and turn city property into a lodestone for underage drinking, vandalism, and bloodshed" and finally, into an eviction notice warranting a cameo on Lo Shutter. [SF Weekly]