Welcome back to another edition of the Plywood Report, your all-encompassing chronicle of the next generation of restaurants to hit San Francisco. Spot some plywood in your 'hood recently? Drop us a line. Gold stars if you include photos. 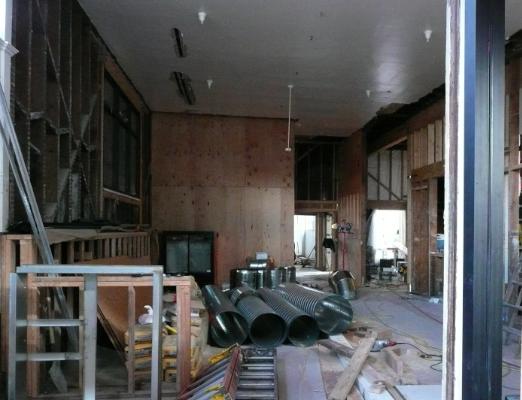 1) North Beach: It's been a while since we've checked in with the doings on the corner of Grant and Union—all our North Beach energy was concentrated on the Honeydoo mess maybe—but North Beach Pizza's move directly across the street is still a go. The new space—as seen from the photo—won't be ready until 2008, but it might already look better than NBP's current digs. [PLYWOOD]

2) Pacific Heights: We've got reports of action at Tataki, the new sushi joint poised to move into the old Subway space at 2815 California, near Divis: "I saw some workers in the old Subway today but couldn't get a look inside because there's paper on the windows. Do you know what's going in there?" [Eater Inbox] 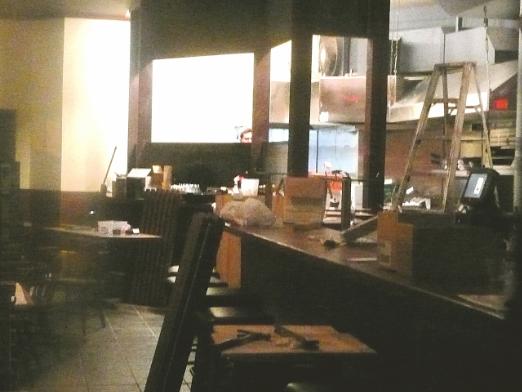 3) The Mission: Things are getting close on the corner of 16th and Albion for Monk's Kettle, but as you can surmise from the above shot, the brew pub is still somewhere in-between the plywood and post-plywood phases. Debut within the fortnight, we're supposing. [PLYWOOD]

4) Nob Hill: Emails our California Street tipster, "I poked my head in Luisa Hanson's new restaurant on Larkin and California and they've done lots of work since last week. Today they were working on frames for what I guess will be walls??" More on the 1500 California project—including its need for walls and such matters—in Fall Tracking, if you're so inclined. [Eater Inbox]

As usual, your plywood sightings to sf@eater.com, please.