The day's news and notes go in EaterWire. Got a tidbit you're dying to share? Do let us know, and please don't think too hard over the weekend pondering SPQR's 3.5 stars. 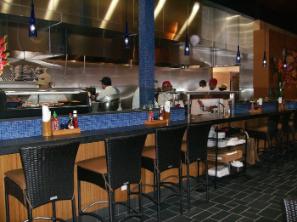 THE SUNSET—Since the second city branch of Pacific Catch (pictured) opened ten or so days ago, we've heard several reports of long waits on the corner of Ninth and Lincoln. Now, after opening with only a walk-in policy, Pacific Catch has followed Laiola's model and incorporated reservations. Hopefully, this might make life a little easier for you Sunset kids, since you already live in the Sunset and all. Reservations accepted via phone and OpenTable. [EaterWire, OT]

FINANCIAL DISTRICT—This week's new inclusion on the holiday lunch bandwagon is Scott Howard. Offered Tuesday through Saturday, the beloved carrot broth is indeed on the menu, as is a $24 three-course prix-fixe option. The full lunch menu can be found on the official site. [EaterWire]

RINCON PARK/KULETOVILLE—Things are rolling right along down along the water, and two very enthusiastic—read: three exclamation marks!!!— Craigslist ads indicate that Waterbar and Epic Roast House have begun the hiring process. Bonus Craigslist find: even though we're only halfway through December and debuts are always subject to change, both Waterbar and Epic seem to have set preliminary opening dates: January 28th and 29th, respectively. [Craigslist]