Curbed Rumblings: Inside the Jewish Museum and MORE!

Share All sharing options for: Curbed Rumblings: Inside the Jewish Museum and MORE!

It's Friday afternoon, and that means it's time to reminisce on the week that was at our sister site and friendly neighborhood blog, Curbed SF. 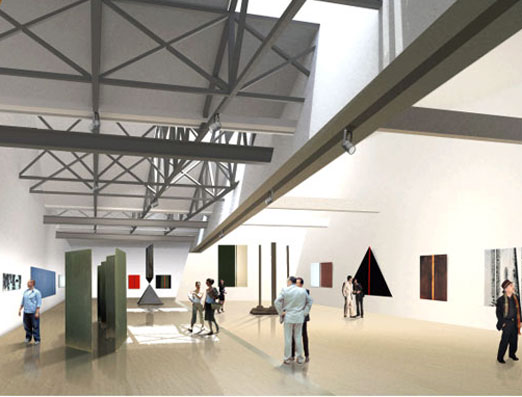 1) SoMa: The evolution of the museum scene is in full swing, and the Curbed kids took a look inside the upcoming Contemporary Jewish Museum. No doubt you've noticed the giant blue cube from the outside, but did you know that there is only one room with straight walls in there? Or that markings along the walls and ceiling of the multi-purpose room were taken from 16th century maps charting routes to Jerusalem? ... Did you?

3) City-Wide: Last but not least, let's not forget about the hallowed Curbed Cup. This week, the elimination tourney to determine the neighborhood of the year kicked off, and based on reader voting, we saw some landslides and some intense battles. The current match-up pits (4) Potrero Hill vs. (5) Mission Bay. Polls open throughout the weekend.