Share All sharing options for: Live at Frontera Fresco: The Walk-Through (Sans Bayless)

Earlier today, we braved the holiday chaos at the Union Square Macy's—sorry, Macy*s—to bring the latest from the grand opening of Frontera Fresco. Unfortunately, despite being around last week for the original opening date, Rick Bayless himself was not present (celebrity chefs have tight schedules), but a small medium-sized army of staffers, PR people and Macy's reps proved more than adequate in running the show. First impressions at BaylessWest bring lots of brand name magic, an opening "oops" or two, and more! 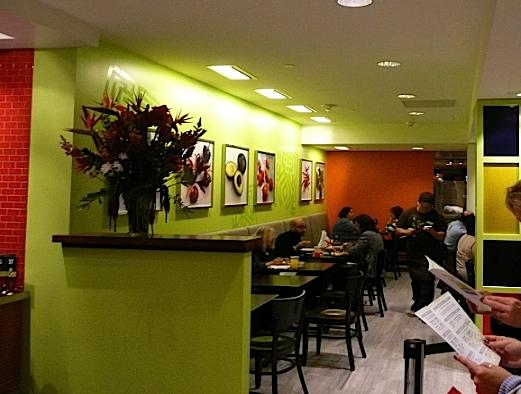 There are two distinct dining areas/rooms: this is the neon green one. 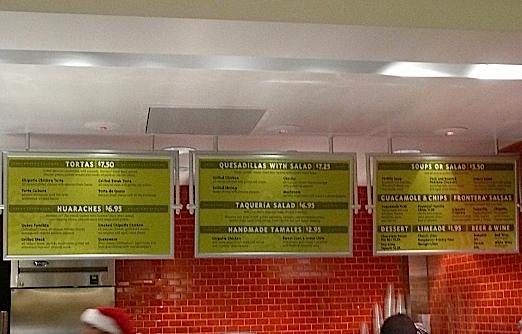 Opening Oops #1: Prospective customers (passerby shoppers) can't read the small font on the menu. To combat this issue, staff members were passing out menu pamphlets on the little department store walkways. You can see said pamphlets in the prior photo. 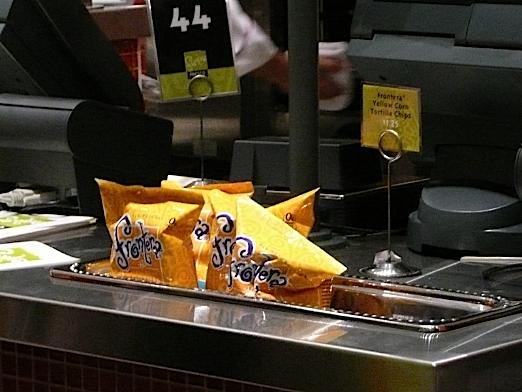 The Frontera logos were everywhere, even on the (quite good) chips. And if you think you're getting Mission-style chips here, you would be mistaken. 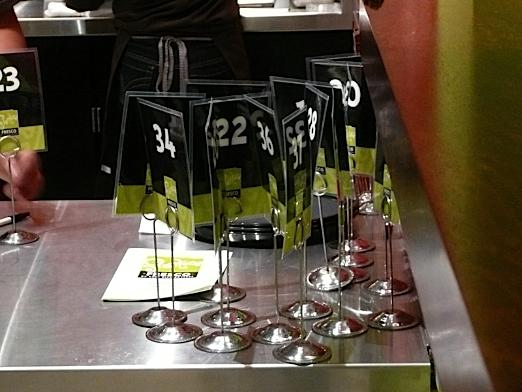 After ordering, customers are given a number, and servers bring out the food ... 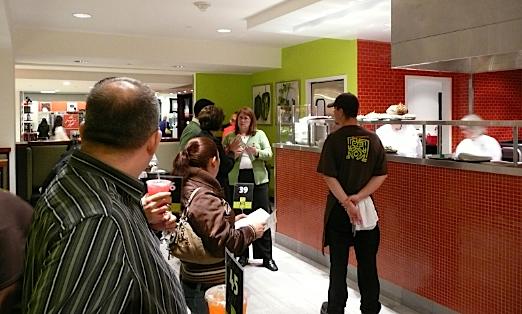 ... which given the layout, might create a lot of traffic in the future, esp. since there's no designated waiting area for to-go orders. Note the open kitchen to the right. 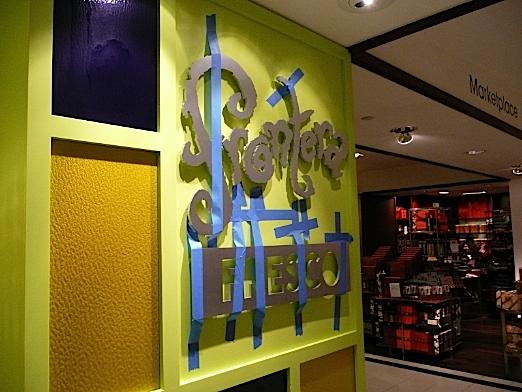 Opening Oops #2: The glue on the sign? Not ... quite ... dry. No Christmas shoppers were hurt in the discovery of the undry glue. Probably. 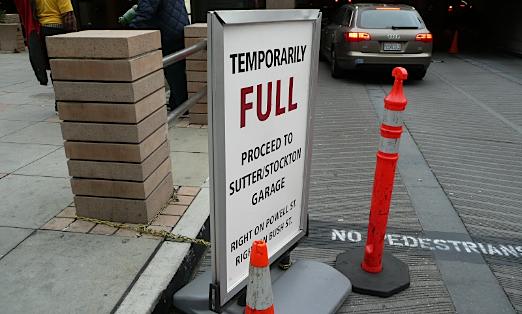