Welcome to a very special neighborhood edition of the Plywood Report, your all-encompassing rundown of unopened and under-construction restaurants around the city. As usual, if you see some plywood in your area, drop us a line. Also: bonus points and a stocking-stuffer Alice Waters bobblehead doll if you include photos. 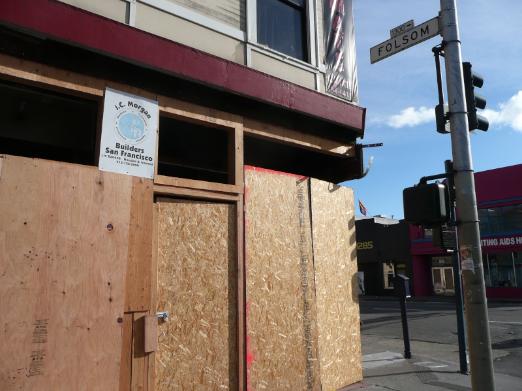 1) Folsom & Ninth: A fresh coat of plywood has been erected at the Medici Lounge, which would seem to indicate that work has begun on the corner of Folsom and Ninth. You'll recall that Medici is slated to open in mid-January and will be a cocktail lounge with Mediterranean small plates. [PLYWOOD]

2) Bryant Street: From a tipster comes word of lots of action at the future Lava Lounge, and it's not going to be another dive: "... walking to lunch today, I noticed that the old Eagles Drift-in lounge has been refaced with a fancy new chrome entry and a guy in a chef's jacket was peaking out the window. The Drift-in was this divey bar that was popular with my office - darts, pool tables, sports, and cheap beer." [Eater Inbox] 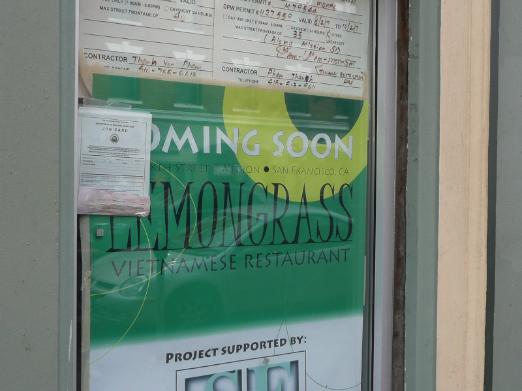 3) Mission & Sixth: A new Vietnamese restaurant by the name of Lemongrass will inhabit the southwest corner of Mission and Sixth (100 Mission), according to several photos of the exterior sent in by a reader. From the looks of things, it looks to be a pretty good-sized space (i.e. bigger than Tu Lan up the street). [Eater Inbox] 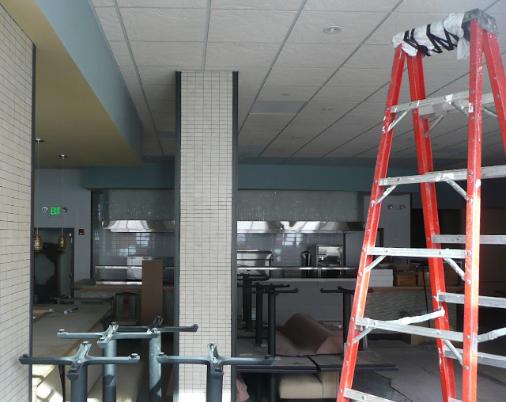 4) Howard Street: Rounding out our little SoMa adventure, we have another look at the mysterious Fang, near Third Street right across the street from Thirsty Bear. Aside from the name, we still haven't a clue on what will be in the space at 660 Howard, but with a name like Fang, it just HAS to be good, right? Anyone know anything? [PLYWOOD]

Have some plywood in your neighborhood that you're dying to share? We can certainly help. Your sightings to sf@eater.com.