All news fit to print goes in EaterWire. Have some juice? Please, do share. 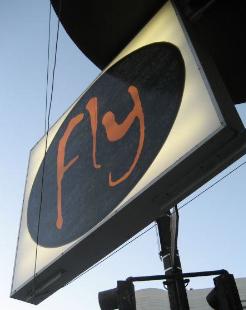 MARIN—In the next week or so, a husband and wife team will open its first restaurant, Cottage Eatery, in that quaint lil' community of Tiburon. Though both have done time in New York, Ed Carew most recently was the chef at Florio and his wife/Marin native Jennifer Rebman was recently the GM at 'wichcraft. The restaurant will be at 114 Main Street, which was the original home of nearby Sorvino's. [EaterWire Inbox]

BROADWAY STRIP—On the exact opposite end of the spectrum, let's hop on over to everyone's favorite North Beach underbelly. Opening for the first time on New Year's Eve will be Apartment 24, a new club in the Broadway space previously occupied by Dolce. The best part of the announcement: "Flashy black and gold attire recommended." Now you have another reason not to go near that area on the 31st. [SF Station]

WESTERN ADDITION—Emaileth a passerby: "I saw lots of construction work going on outside of Fly Bar on Divis. I'm not sure if they are doing some holiday remodeling or what." Anyone know anything? [EaterWire Inbox]