A new year looms, and with it, many new beginnings brought to you by The Dish, your source for all the latest and greatest openings around this foggy town of ours. As always, the Dish Hotline awaits your tips. 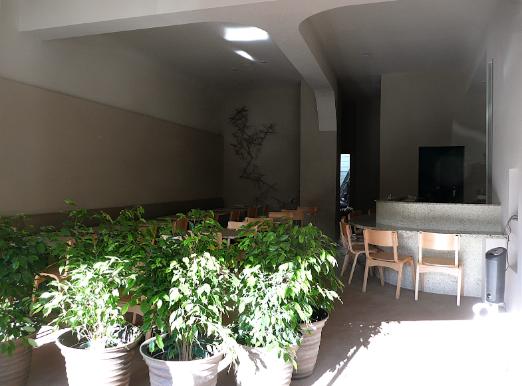 Sneaking in under the radar is Sangha, the Japanese-Latin fusion endeavor by Ric Lopez (also of Le P'tit Laurent across the street). As promised by Lopez earlier in the fall, December has indeed seen a soft opening of sorts for Sangha, the restaurant that literally has taken years to arrive. They are serving a very limited menu for now, with only two apps and three entrees, including a filet mignon with jalapeno corn tempura (how's that for fusion?). Sake and Mexican Coke also grace the menu, in its entirety post-jump. As for the space itself, Lopez earlier boasted of local artwork adorning the walls, but as you can see, the setting is very ascetic at this point. According to the Sangha folks, they will have regular hours (Tue-Sun, 5:30-10pm) going forward, plus lunch will start tomorrow. The menu will also expand in time. 678 Chenery Street, near Diamond, Glen Park; (415) 333-0101 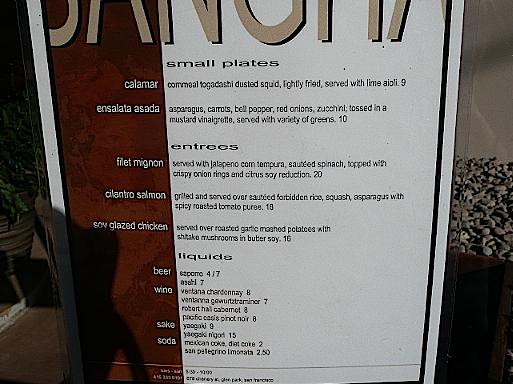