Share All sharing options for: Eater Inside: Yoshi's Fillmore

A recurring feature brought to you with the help of local photographers, Eater Inside showcases the interior space of high-profile, recently-opened restaurants. 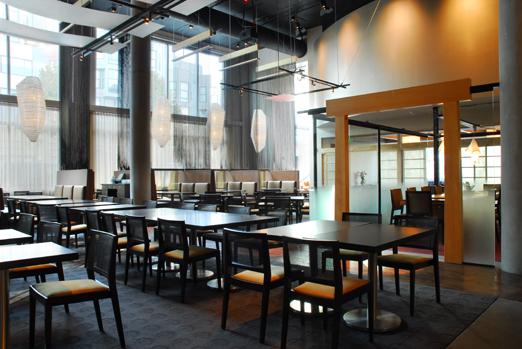 At long last, we have an extensive look at Yoshi's Fillmore, now open for about a month. The dual jazz club and restaurant—dubbed by some as the most important venue to open here in years—occupies an ungodly 28,000 square feet total (and $10 million), though the space somehow doesn't seem as massive as the numbers might suggest. Myriad lounges, bars and private rooms are scattered throughout, including a private, glass-walled omakase room. As for the food, Yoshi's Oakland chef Sho Kamio runs the kitchen here as well (there are multiple menus), with Top Chef vet Marisa Churchill already making a splash on the dessert side with Japanese whiskey milkshakes and such. It's still much too early to predict if the arrival of Yoshi's has indeed resurrected the Fillmore and its jazz roots, but for what it's worth, the restaurant is ensconced in "6pm or 9pm?" territory, even on some weeknights. 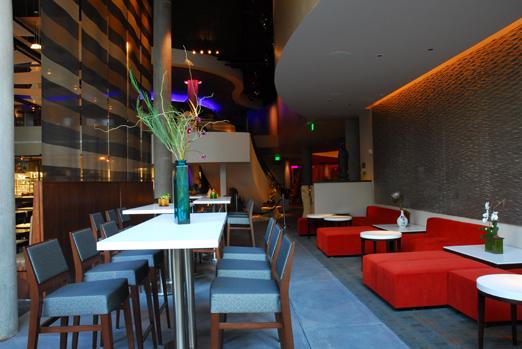 James Newman, 12/27/07
One of the many nooks and crannies in Yoshi's. Note the upstairs mezzanine bar in the background. 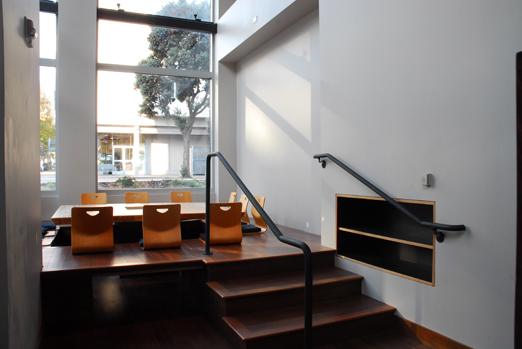