How about a little morning plywood to jump-start the day? The Plywood Report is your chronicle of the next generation of restaurants. See something brewing in your neighborhood? Your sightings to sf@eater.com. Bonus points if you include photos. 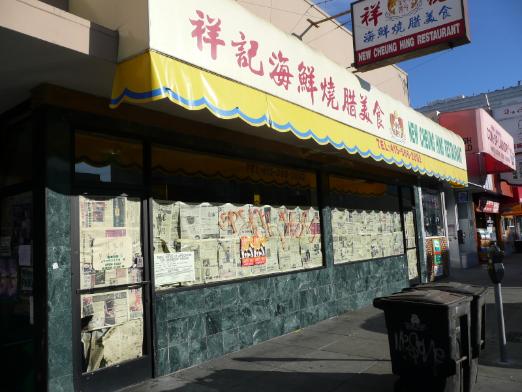 1) The Sunset: Undoubtedly, one of the more delightful developments in the Sunset is the pending arrival of PPQ Beef Noodle House, if for no other reason than it is the follow-up attempt to the short-lived PPQ Chicken Noodle House (yes, we're easily amused at times). The second attempt at restaurant number three by the PPQ folks is in the, um, old New Cheung Hing space on Irving between 21st and 22nd. Work hasn't started yet and old signage persists. [PLYWOOD]

2) Noe Valley: Those curious about Brett Emerson's upcoming Noe Valley restaurant Contigo can sneak a peek at the gutted room via Bunrab's recap of Emerson's holiday shindig. No ollalies were seen. [Daily Feed] 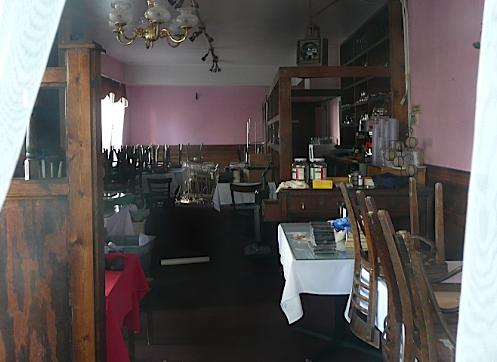 3) The Castro: Here we have a first look at L'Ardoise, the new bistro project by Thierry Clement of Fringale. As mentioned earlier, Clement will be leaving Fringale to take on the old Los Flamingos space on the corner of Noe and Henry. As seen by the above shot, it doesn't appear that remodeling work has started yet; opening has been set for late spring. [PLYWOOD] 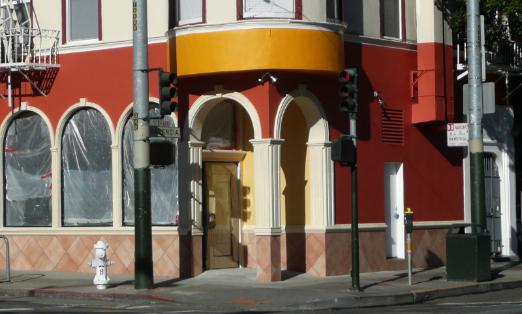 4) The Mission: Ever since Taqueria El Toro suddenly shuttered over the summer—when employees were handing out coupons and directing people to sister taqueria Pancho Villa—people have wondering what's going on at the corner of Valencia and 17th. A fresh coat of paint was recently applied to the once-dingy exterior, so it appears that they are indeed remodeling, unlike a nearby summer victim of the shutter that has remained quiet, La Rondalla. [Eater Inbox] 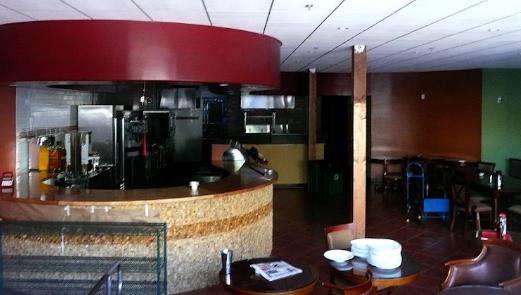 5) The Mission Bonus: Just around the Valencia corner from El Toro is Pizzeria, interior pictured above. Staffing commenced some weeks, and as you can see from the photo, the interior has looked the part since early autumn, we're guessing that a debut is imminent once/if the red tape gets worked out. [PLYWOOD]

Have more plywood? Drop us a line with your sightings, please.