Polk Street Fire Aftermath: Pasha Down For the Month, Nicky's Back Today

Share All sharing options for: Polk Street Fire Aftermath: Pasha Down For the Month, Nicky's Back Today

The restaurant fallout continues from last week's deadly fire at Russian Hill's Star of India. While the Indian restaurant that housed the fire shan't be reopening anytime in the near future, the rest of restaurants on the block are in various states of repair. 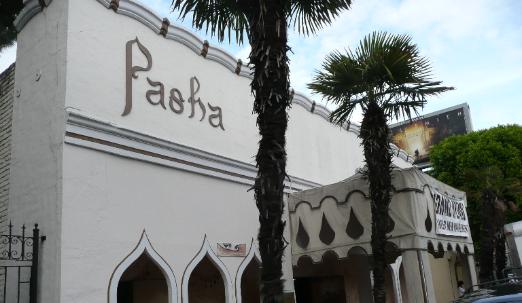 1) Pasha: After soot and other fire debris crashed down through the skylight at Pasha, original estimates saw the Moroccan restaurant on the corner of Broadway and Polk reopening within days. Unfortunately, the new prognosis is that Pasha will be closed for at least three more weeks as they have to completely remodel the affected area. Tough break for the restaurant and its brand new owners. [Eater Staff] 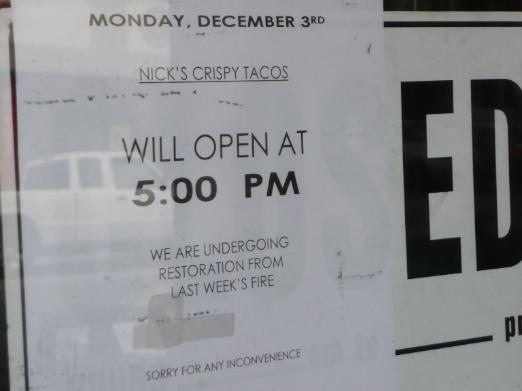 2) Nick's Crispy Tacos: After a fire-induced renovation prompted a brief closure, a sign on the Nick's front door says that the club-housed taco joint will reopen for dinner service tonight. This one is a bit odd because Nick's was one of the local restaurants that seemed to have side-stepped any ill fate related to the fire. There are even reports on Yelp that imply eating there after the fire. Whatever the problems was, it's over and solved, we suppose. [Eater Inbox]

3) The Bagelry: Directly next to Star of India, The Bagelry is reportedly back to normal. Earlier today, tipster email indicated that they had shuttered too, but according to the people there, The Bagelry was closed early today because they merely "ran out of bagels." Devious cover-up or poor bagel planning? You decide. [Eater Inbox]