Frankly, we can't think of a better way to ready for the new year than to look ahead to the restaurants that will grace it. And what better place to spend 2007's final Plywood Report than with Mint Plaza's upcoming restaurants? Opening Labor Day 2007! 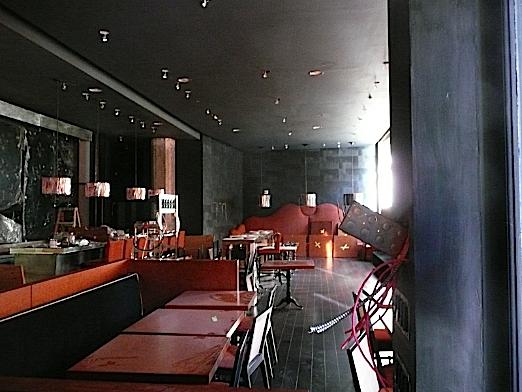 1) 414 Jessie Street: Believe it or not, the end is in sight for Chez Papa, where the interior is beginning to resemble a restaurant near completion. The photo speaks for itself (note the snazzy light fixtures installed from the ceiling), and the finishing touches on the electrical work were underway when the Eater Spot Inspection Brigade stopped by earlier. The kitchen is complete, and plumbing is just about done as well. Rumor has it that work will be done within the next week or so; still no word on when an opening will follow. 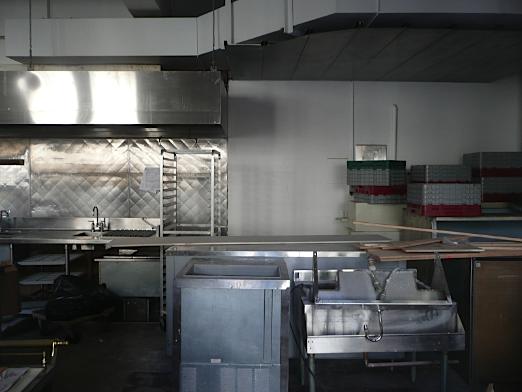 2) 54 Mint Street: The restaurant with the patio—Sushi Groove/Dolce Vita—remains the space furthest from completion. Last we heard, the concept was still up in the air—they're apparently still attached to the sushi idea—but as you can see from the above shot. Does no one want patio seating in a dirty alley the city's hottest pedestrian walkway?

2) 418/420 Jessie Street: Work continues in a big way in the space right next door to Chez Papa. The liquor license for the space just went through this week, with the DBA being "420 Jessie." Limon is still a possibility, but the Mint Plaza folks are staying mum.

4) 66 Mint Street:: Per normal, the guys at the Blue Bottle Cafe have been steadily updating their Flickr page with the latest developments from the space in the Provident Loan Building. Late January is still the word. If there's something to get excited about in the new year, it might be the arrival of Blue Bottle coffee in the 'hood. Look for the Chronicle folk across the street to take their work to another level when it opens.