We're not quite sure if it's still fall, but it's certainly still restaurant opening season. Of course, predicting when a restaurant will actually open is a bit like hitting a moving target. Enter Fall Tracking Report, your source for all the intel you need to keep abreast of it all—and start obsessing at just the right moment. 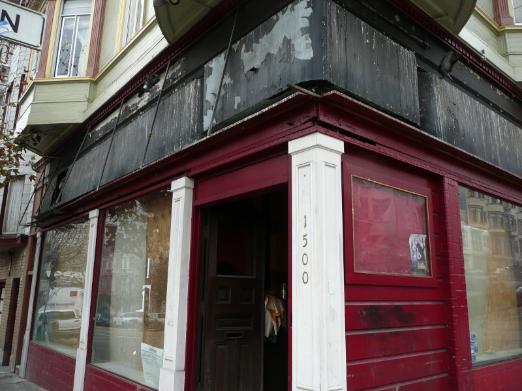 Last week's reader reports of action at the Luisa Hanson-colonized corner of California and Larkin were no joke. Eater has learned that Hanson not only wants to have work completed in the former Front Room space in four weeks, but she wants to open in four to six weeks. Now mind you, both the interior and exterior appear to be nowhere close to done. Not only is the dining room completely gutted, there are no floors or walls. Pigeons have nested in the ceilings and the only remnant of human civilization is a lone toilet. As far as we know, there is no name for the restaurant (though to give you an idea of her reputation within the industry, a neighboring restaurateur proposes "Uptight Old Lady Business"), no one has been hired and a liquor license hasn't been applied for yet. In other words, even though restaurants can do an amazing amount of work in a month, there's no way that Hanson rings in the New Year with a new business at 1500 California ... right? Actually, with her track record, the odds say that she'll never open her restaurant, but we might as well peg April Fools' Day as our bet. 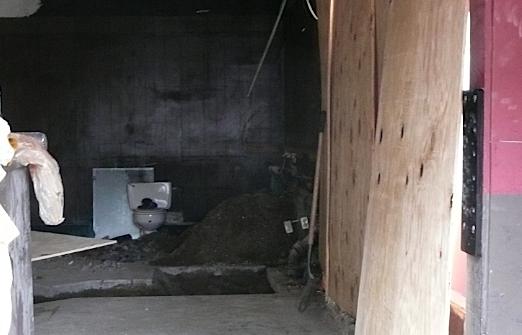