EaterWire: All Organic Alcohol and Tamales Fit to Print!

Share All sharing options for: EaterWire: All Organic Alcohol and Tamales Fit to Print! 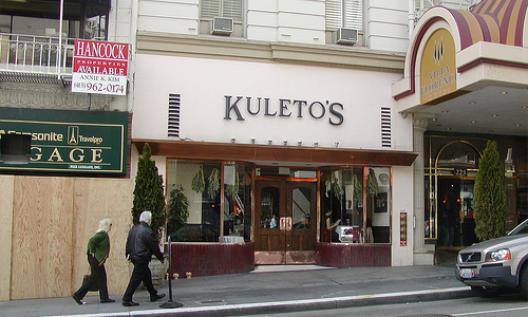 UNION SQUARE—The Pat Kuleto takeover continues (and the massive Rincon Park is still in its inceptive stages): Kuleto's has released the city's first all-organic cocktail menu. The septet of drinks on the special menu are all made with organic liquors, mixers and garnished. But don't go looking for an organic martini or Manhattan, because no one has come up with an organic vermouth. Yet. [Chron]

THE MISSION—After closing temporarily for remodeling and getting new owners, Roosevelt Tamale Parlor will reportedly reopen "by early October" with a shiny new menu, among other improvements. [EaterWire, Tablehopper]

WESTFIELD CENTRE—"A stimulating chocolate tasting and discussion" will take place at LarkCreekSteak this Sunday at 2pm. Tickets are a mere $12 and the menu is a mod interpretation of Milk and Cookies. [EaterWire Inbox]