All restaurant and bar openings, big and small, are served up on a regular basis via The Dish. If you notice a new debut, please do leave a tidbit in the tip jar. 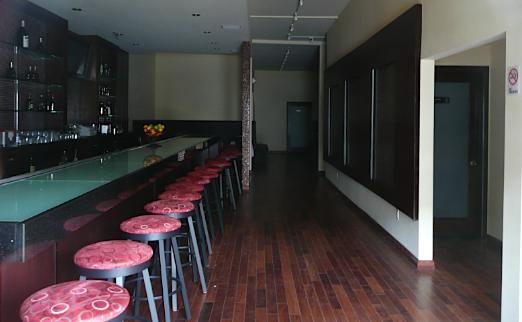 1) Lava Lounge: Last night marked the debut of Lava Lounge in the onetime Eagle Drift-In space in SoMa. Suffice to say, the space has undergone a glossy, radical facelift; do compare the before and after shots. As it stands, Lava Lounge still seems to be in a formative stage of sorts, but the guys there say they're technically open, though only for drinks. The bar seats 20, give or take, and they are looking to extend to food service down the line in the form of—wait for it—a prime rib house. 527 Bryant Street, between Third and Fourth, SoMa; phone N/A [Eater Staff]

2) Blue Muse: With Sage's debut on Tuesday, part deux of Sidney Wong's Hayes Valley double dip, Blue Muse, arrives today. While Sage next door at 340 Grove is open for just breakfast and lunch, Blue Muse is open for lunch and dinner service. The lunch menu is more American in cuisine (burgers and such), while dinner concentrates on "French continental" fare. 370 Grove Street, between Gough and Franklin, Hayes Valley; (415) 701-9888 [Eater Staff]

3) Globe: As mentioned earlier, Globe is reopening tonight, and fresh calls of inquiry have indeed confirmed that the resy lines are manned, ready and waiting for your globalization. 290 Pacific Avenue, at Battery, Financial District; (415) 391-4132; website [Eater Staff]