All restaurant and bar openings, big and small, are served up by The Dish. If you notice a new debut in your 'hood, operators are standing by. 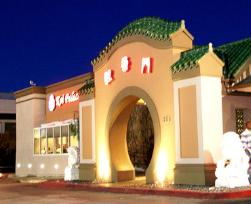 1) Apollo: Lady Hopstress has the scoop on the little cafe called Apollo on the corner of Turk and Divis: "... you can get Equator coffee and espresso drinks, a variety of tea, beer and wine, along with an array of pressed panini, and sweet treats like macaroons, brownies, Madeleines, and the like. They are just having a soft opening for now, but look for Wi-Fi and other details to come? The space has a contemporary look, with wood tables, a bright color palette, and lots of tall windows. Starting next week, the hours will be 7am–11pm." 1064 Divisadero, at Turk, Western Addition; phone N/A [Tablehopper]

2) Koi Garden: Normally, a restaurant opening in Dublin isn't worthy of The Dish, because well, it's Dublin. But for the offshoot of dim sum superstar Koi Palace, we'll make an exception. After all, if the Wall Street Journal puts you in the same breadth (kinda) as the French Laundry and Manresa, that's good enough by most standards. Could this be the most important restaurant opening ever in Dublin? Discuss. Or maybe just wave across the Bay next time you see it. 4288 Dublin Blvd, Ste 213, Ulferts Center, Dublin; (925) 833-9090; website [Eater Inbox]

3) Golden Natural Foods: The most exciting new opening of the week might be in the form of Golden Natural Foods, new gourmet market set to challenge the nearby, famed Bi-Rite (and still boasting a perfect score from Yelp). From Mouthfuls: "The good folks over at Golden Produce on Church at 14th have opened up a fancy new store a couple of doors away: Golden Natural Foods. They are obviously aiming to compete directly with Bi-Rite for the high-end retail food market. They have a big selection of wines and a full-service organic butcher ... Bi-Rite's success proves that there is a market for quality groceries in the neighborhood, and good healthy competition will hopefully mean lower prices at both stores." 130 Church Street, at Duboce, The Castro [Mouthfuls]

4) Subway: Quoth a reader: "A new subway just opened on 7th and mission (By the fed building). Not sure if you guys cover the opening of big chains but this little shop just opened its doors" Quoth a second reader with the same intel: "Since when did Subway start taking over the city?" For background research, please refer to Exhibits A and B. 1099 Mission Street, at Seventh, SoMa; (415) 241-9033 [Eater Inbox]