On the same day that Pinkberry debuts a new flavor, we thought it only appropriate to dedicate today's Plywood Report to just a few of the upcoming frozen yogurt destinations around town. If you spot some plywood—froyo or otherwise—going up in your neighborhood, do let us know; bonus points if you include photos. 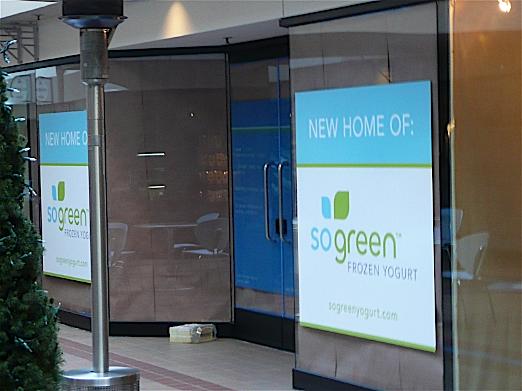 1) Financial District: By our count, the arrival of So Green—we're not going to acknowledge this lower-case name "thing," by the way—in bottom of floor of the Crocker Galleria marks the first frozen yogurt location in a shopping center. With locations in both San Francisco and NYC on tap, Valentine's Day is the word on the opening, and the slogan from the website is a gem as well: "So pure. So light. So simple." So poetic. [PLYWOOD] 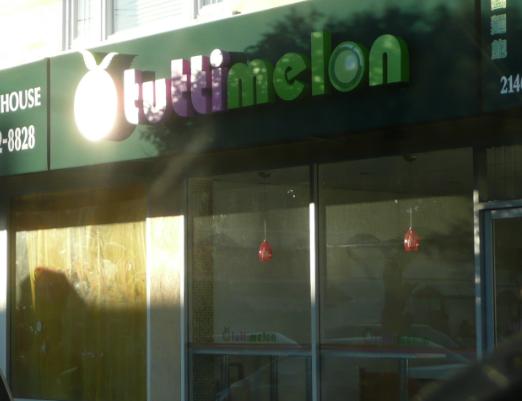 2) The Sunset: Over at 2150 Irving, between 22nd and 23rd, Tuttimelon is busy staffing up for what its website says will be a February debut. Here's what a local commenter predicts the dawn of a new era: "As a Sunset native what can I say but CRAP!!! I'm guessing this means the tapioca war over and the yogurt is about to begin. You can't walk down Irving west from 19th without seeing a couple of friggin' tapioca places." [PLYWOOD] 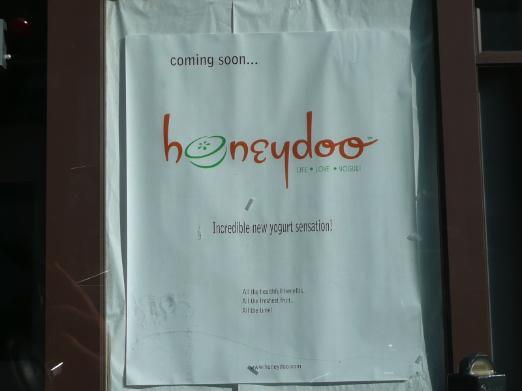 3) North Beach: We'd be remiss if we didn't check in with one of the progenitors of the frozen yogurt trend here in the city. Interestingly enough, since Honeydoo announced its name change to Swirl Culture back in mid-December, there has been no movement on the storefront, uh, front. This lack of upheaval is particularly interesting since Honeydoo has been known to update its windows on a fairly regular basis. Everything OK over there? [PLYWOOD]