Share All sharing options for: The Shutter: Zoya Closes, Double Decker Revs Up

Your regular reports of restaurant and bar closings around town arrive via The Shutter. As always, do feel free to share your sightings. 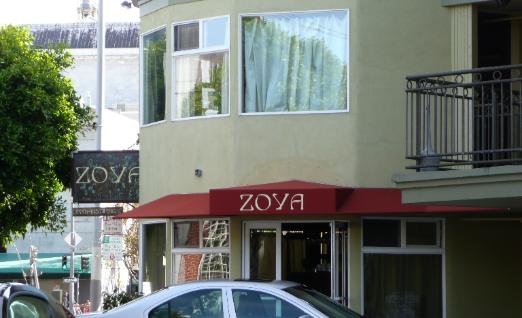 The sale of Zoya has been finalized, and the Hayes Valley New American restaurant is now officially closed. Though early reports had the husband-and-wife team of John Kim and Tracey Ballard-Kim looking to (re)open in a new space, Kim now says that for a number of reasons, they have more or less given up on that idea; instead, he'll probably opt for the private chef route.

Looking ahead for 465 Grove, the space's new resident, the unfortunately-named Double Decker—not Double Dacker; that was a typo on the liquor license application, apparently—is rumored to be a traditional American spot (think burgers) with daytime service only, though nothing has been confirmed on that front. Stay tuned, would you?
· Zoya [Official Site]
· Zoya Just Waiting On Escrow [~ESF~]
· EaterWire: PlumpJack to Turn Off Lights! Zoya to Shutter! [~ESF~]