How's about a bit of AM plywood to get the Friday rolling? The Plywood Report is your regular, all-encompassing chronicle of the next generation of restaurants to grace our fair city. See some plywood going up in your neighborhood? Do let us know; bonus points and a Tyler Florence framed portrait if you include photos (portrait subject to availability). 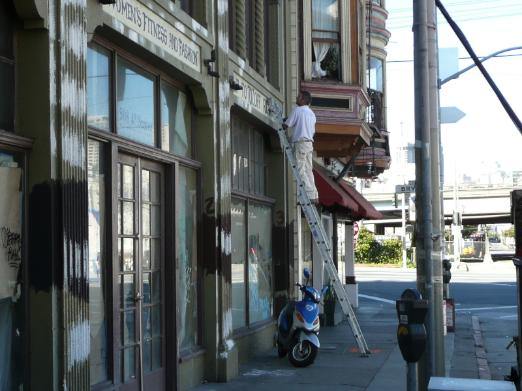 1) SoMa: Down by the intersection of Bryant and Fourth, let's not forget about Elizabeth Falkner's Orson. As seen by the live (!) action shot above, the once-dingy facade at 508 Fourth Street recently got a nifty little paint job. The interior remains a ways off, but the Falkner project is definitely coming along. [PLYWOOD]

2) Financial District: Emails a tipster, "In the 333 Bush building, where Kelly's used to be (and there was a very short lived deli from NY), there is now paper up and sometimes people working in there. This part of Trinity is the upscale junk food triangle, with a Bistro Burger, Escape from NY, and some upscale hot dog place. Curious what is going in next." Anyone? [Eater Inbox]

3) Berkeley: 'Twas only a matter of time before wine bars got creative. From a tipster: "Not sure if this is new or not, but I just walked by "Taste" in Berkeley, which had been closed for 'remodeling. It now has a new sign up that says 'Mint Leaf - Indian Wine Bar and Restaurant.' That's one hell of a remodeling job ... Still closed though." [Eater Inbox] 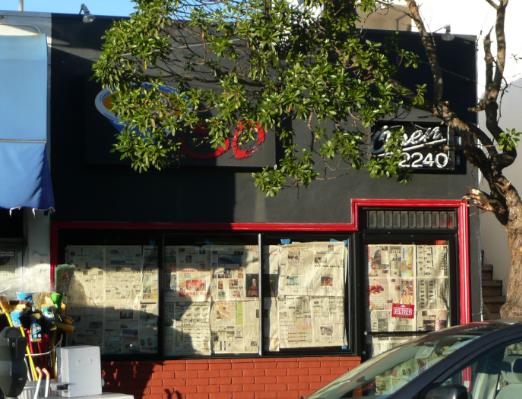 4) The Sunset: Fresh newspaper graces the windows at the recently-shuttered So space at 2240 Irving, though according to a source, it's still unclear if So has closed permanently or it's just remodeling. The phone has been disconnected, but various Chinese restaurants have held the space for the past 20+ years. Sunset gumshoes, hop on the case; your findings to sf@eater.com. [PLYWOOD] 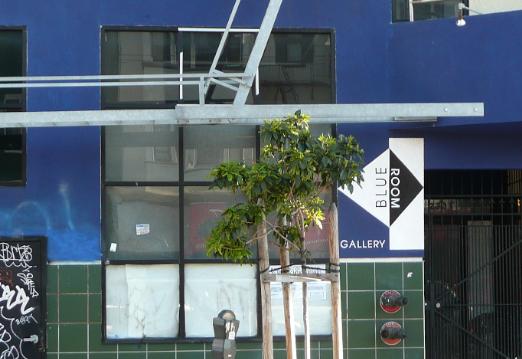 5) The Mission: Pictured above is the former Blue Room Gallery, on Mission right off 19th Street. As mentioned earlier in EaterWire, the folks behind Columbus Avenue's Gondola will open a Venetian restaurant called Specchio, by the early summer months at the latest. Too bad they missed the Mission Italian rush of early 2007. [PLYWOOD] 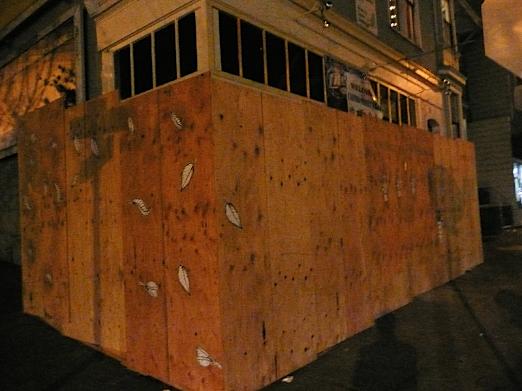 6) The Castro: We glossed over it earlier in the week, but changes are afoot on the corner of 18th and Noe. La Castro Taqueria will be changing hands and turning into Kasa Indian Eatery, and now there's a fresh perimeter of plywood to show for it. [PLYWOOD]