The above sign graced the Honeydoo storefront back in November. 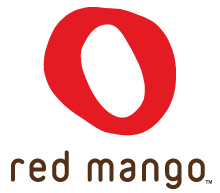 Turns out that the epic Honeydoo-North Beach controversy of the autumnal months isn't the only frozen yogurt show in the neighborhood, as C.W. Nevius sheds some light on another North Beach fro-yo shitshow, this time in the form of Red Mango. Now, for those unaware, many circles—don't ask of what—consider Red Mango to be the original frozen yogurt shop, even better than one Pinkberry (also en route). The first local outpost of Red Mango—headed by Yul Kwon, winner of Survivor, no less—was supposed to open on the corner of Columbus and Green, but the neighborhood's anti-chain ordinance has since blocked it. So what's the controversy about, you ask? It seems there may be some loopholes:

The Case For Red Mango: "... when they applied for a permit there were only four Red Mango dealerships in the United States. That was acceptable, because the formula retail ordinance, passed by voters in November of 2006, says the franchise must have fewer than 11 in the country or it is considered a chain. Kwon's group was granted a building permit, began to pay rent on a site at 527 Columbus Ave., and started renovations." [Chron]

The Case Against Red Mango: Since filing for the permit, there are now upwards of 14 locations nationwide, with another dozen in the works, which puts Red Mango beyond the chain designation by a longshot. [Official Site]

The Case For Red Mango: "[The owner is] a bit of a hunk. He was named one of People magazine's 'Sexiest Men' of 2006." ... and suddenly, the argument for frozen yogurt looks rather thin. [Chron]

The Case Against Red Mango: "Is Red Mango a franchise? If so, says police commissioner Joe Alioto Veronese, a North Beach defender, they will be bobsledding down Columbus Avenue before it opens in his neighborhood." [Chron]