Sneakery is afoot at the first offshoot of Chinatown(ish) semi-institution Brandy Ho's. Down on 18th Street in the Castro, the modern-looking exterior—well, modern compared to the archaic original—is still wrapped in brown paper, but we now have word that behind the paper is a restaurant open for business. The catch: since the interior (post-jump) is not ready, only delivery and pick-up are currently available. The menu is the same as the original location, but the Brandy Ho's folks insist they are doing the cooking at the Castro location (though investigations/theories are very welcome). Also, the advertised Blue Bottle Coffee offerings are not yet in effect, and won't be until the "grand" opening. 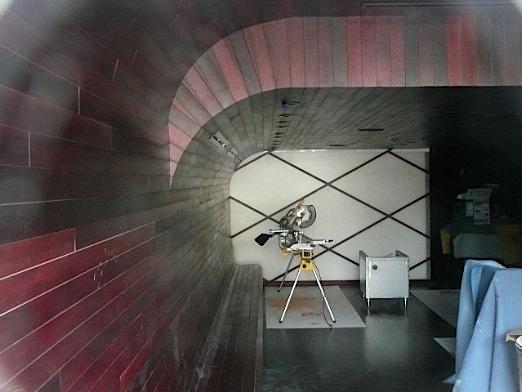 This shot, taken earlier in the week, reveals that the interior remains some time away; unfortunately, the kitchen remains unseen. Current estimates have Brandy Ho's opening completely in a month's time, which means that the papered storefront will likely be doing business until then. Or the original location will be delivering cold food to the Castro, undercover. 4068 18th Street. between Castro & Hartford, The Castro; (415) 252-8000; website [Eater Staff]