We don't do our own reviews per se here at Eater, but we hear there are plenty of local blogs that love to share opinions on their recent dining experiences. This week, in particular, saw a veritable explosion of reviews around the 'net. 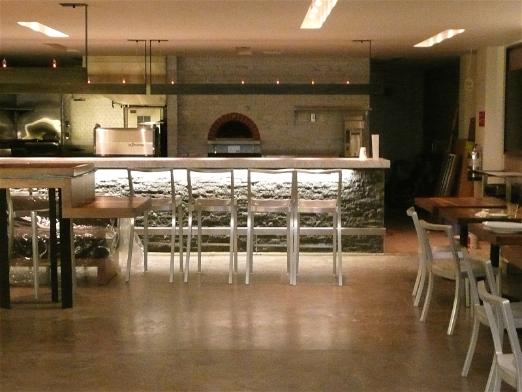 Let's lead off with a bit of good news/bad news from Local Kitchen and Wine Merchant. Filing in on the positive side is A Few Reservations: "Local Kitchen and Wine Merchant feels like the hipster loft of your imaginary friend who writes for Wallpaper and listens to nothing but Hotchip. Cool in both senses of the word. The food was average, verging on pretty damn good ... I know a lot of folks here in San Francisco like to bitch about our sudden flush of wine bars, but me, I couldn't be happier." [AFR]

Coming in on the other side of the fence with regards to Local, though just barely, is Becks & Posh: "I have nothing bad to say about Local Kitchen and Wine Merchant, the new place from Ola Fendert, but I can't think of anything great to say about it either. The problem starts with their menu which is uninteresting at best." [B&P]

Uncle Bauer kills two birds with one stone, doing some babysitting and going old-school at the Inner Richmond's Giorgio's Pizzeria: "It's been owned by the Contini family since 1978, and feels as if the interior hasn't changed since: red-checkered table cloths, a lattice ceiling covered with dusty grape vines and a few hanging Chianti bottles, and a gray and white linoleum floor that's scarred from decades of use." [BauerBlog]

Ms. Jessica Battilana of 7x7 confronts the hot issues at Conduit: "I'd be remiss if I didn't mention two of the things that people seem especially up in arms about: the co-ed bathroom, with stall separated by frosted glass (quelle scandale!) and the oddly shaped plates and flatware. I didn't mind the bathrooms—they're a bit like those at the Slanted Door—but I agree with the hoi polloi when it comes to the plates—it's absolutely impossible to rest your fork or knife on the side of the plate without it greasily sliding onto the table, or your lap, or into your food, covering the handle with mushroom gravy." Anyone want to defend the poor plates? [B+B]

Vinography has (surprisingly?) positive things to say about the super trendy Bubble Lounge: "The Bubble Lounge offers wine drinkers a list of Champagnes and sparkling wines by the glass that is simply unmatched anywhere ... The Bubble Lounge is still going strong after all these years for a reason. It's a nice place to enjoy a glass of wine, and its by-the-glass list is still unmatched, even though there are now 10 times as many wine bars in San Francisco as there were when the place first opened." [Vinography]

Even Conde Nast's blog pays a visit to SPQR, and like just about everyone else, declares it the best. thing. ever: "I almost feel guilty saying that this casual, no-reservations eatery on chic-boutique Fillmore Street is better than its sister restaurant A16, which is one of my favorite standby dining rooms. But the truth is, if my experience last week is any indication of the norm, SPQR's food beats practically everything in San Francisco. It is that good." [GlamNast]

ELESWHERE: Michael Procopio gets his Eastern Euro grove on Russian House, BellyFull goes to Pot de Pho, Foodhoe does DAT at Les Amis and Chef Ben does the same at Vitrine.