All news fit to publish goes in EaterWire. Have a juicy tidbit? The tip line awaits. 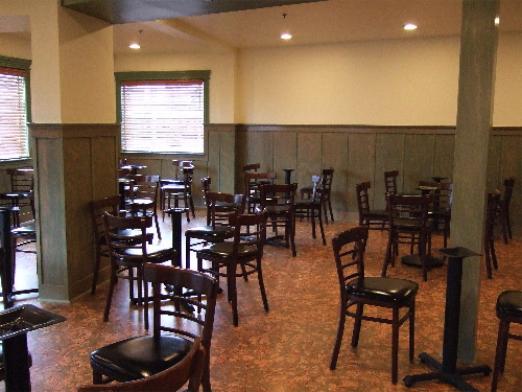 Something is missing here...

MARIN—Across the Golden Gate in Tiburon, the Cottage Eatery is scheduled to open next Tuesday. The restaurant on 114 Main Street takes its name from the nearby row of 19th-century cottage houses, in case you wondering, and as mentioned earlier, it's the endearing 50-seater from a local husband-and-wife team. Ed Carew (Florio, Gramercy Tavern, Fiamma) will be in the kitchen and his wife Jennifer ('wichcraft) will handle the front of house. Of course, all this is assuming that the tabletops arrive at some point. [EaterWire Inbox]

SACRAMENTO—In labor news, California's health care bill was overwhelmingly rejected by the State Senate, as expected. Despite the loss, the bill will most likely resurface in different incarnations: "The measure, which passed the state Assembly last month, needs the backing of a majority of legislators in each house before it can be sent to the governor, who supports it. Schwarzenegger, speaking to the editorial board of the Chronicle, said he will do everything he can to keep the measure alive." Insert Terminator joke here. [Chron]

Belly Up at The Mission’s New Neighborhood Bar Buddy, and More Openings

Sorry, Dungeness Crab Season Is Still on Hold in the Bay Area